The closer to a building, the clearer the details.
But then you miss the contours. PANURBANA shows both.

I collect buildings. I do this by taking photos of a building from a certain perspective.
I glue these photos together like a collage so that a new building is created: a Panurbana.
At the moment I am collecting buildings in Amsterdam to make an atlas of them.

In Panurbana's panoramic photos, I explore time, space and different types of perspectives within the photo. 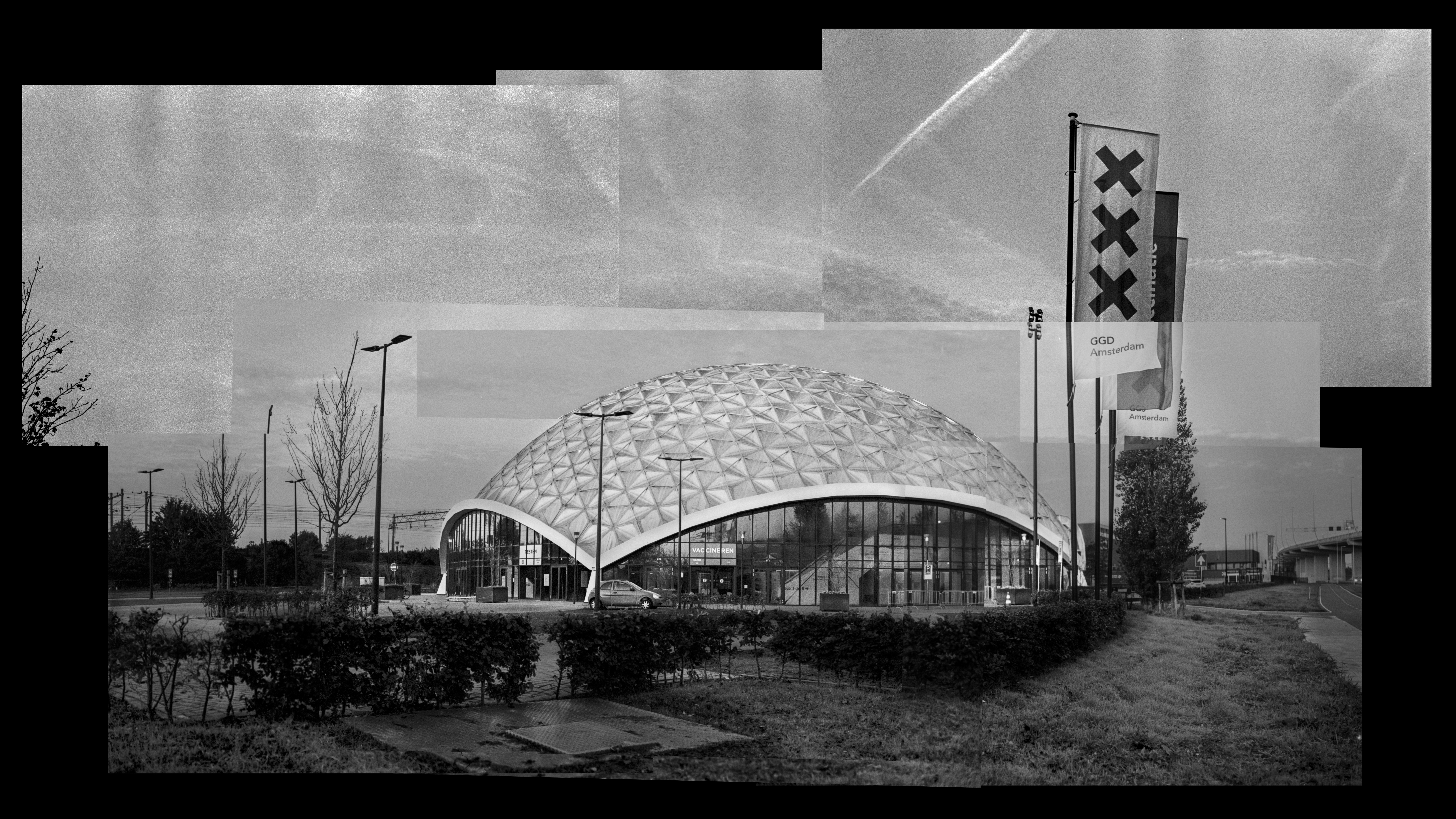 Vaccination location in the Amsterdome, (merging of Amsterdam and Avidome).
Avidome was the aviation and space museum at Schiphol Airport and was opened in 1971.
Due to a lack of space at Schiphol, the building moved to Lelystad airport
to be rebuilt in Amsterdam in 2018 as a conference center.
A striking feature of the building is the roof, a geodesic dome, designed
by the inventor Richard Buckminster Fuller (1895-1983).
The construction consists of 1100 aluminum plates and is self-supporting
and has a span of 60 meters and a height of 24 meters.
Geodesic domes have the strongest spatial construction form,
the bigger the dome, the stronger the construction.
Today, the Amsterdome serves as locations for the corona vaccination?