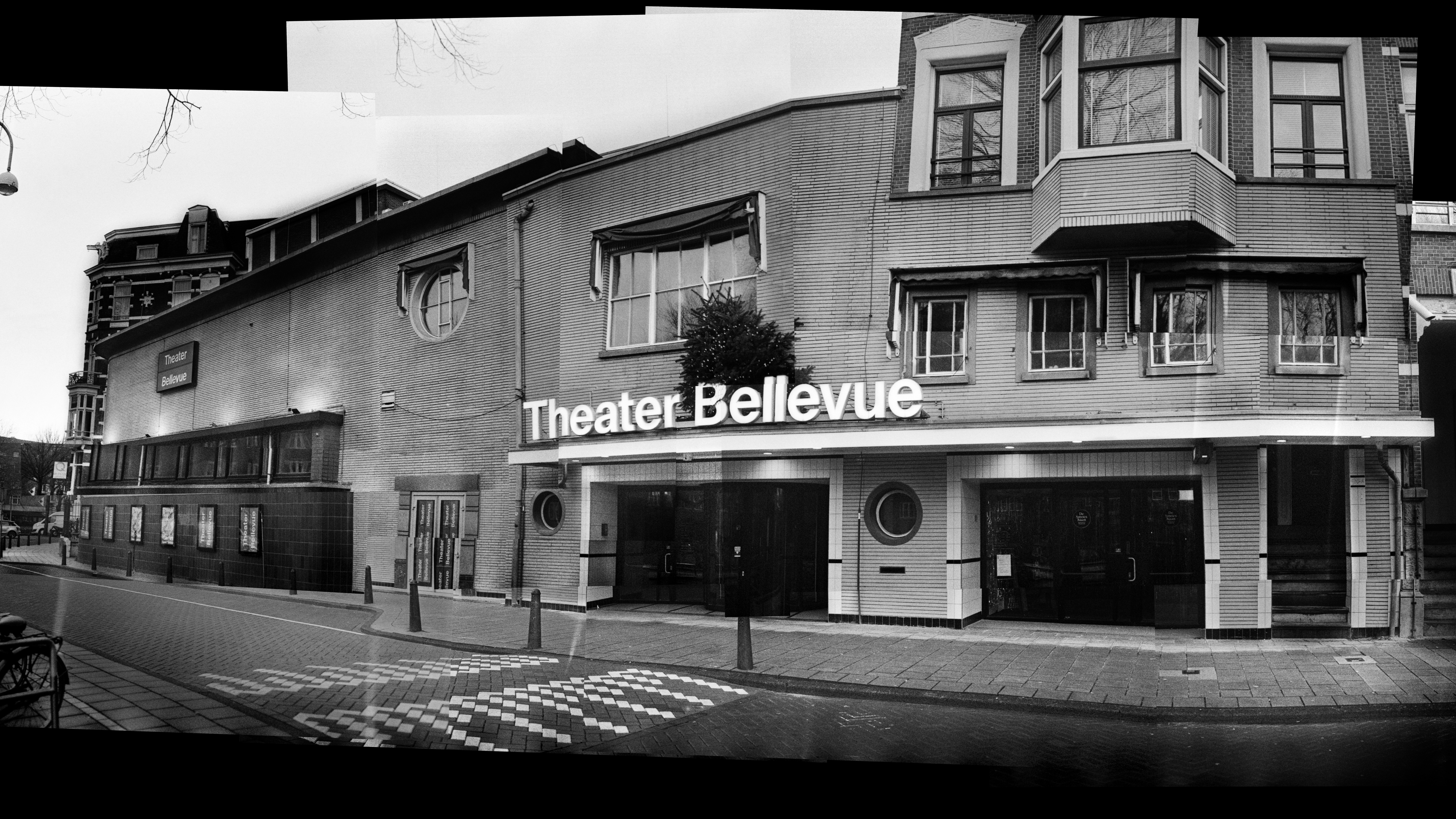 From 1840 to 1899, the building housed different societies such as: Concordia, Bellevue and later Strouken.

After a thorough renovation in 1938, 5 theaters and a restaurant (Paloni) were created that can be combined for large parties.

With the slogan "Bellevue all halls!" It is the most popular theater in Amsterdam. In 1964 the building is renovated and 2 theaters

are converted into a television studio, the legendary music program Toppop is recorded in the basement.

From 1975 theatergroep Centrum used the building and cafe-restaurant De Smoeshaan was opened.