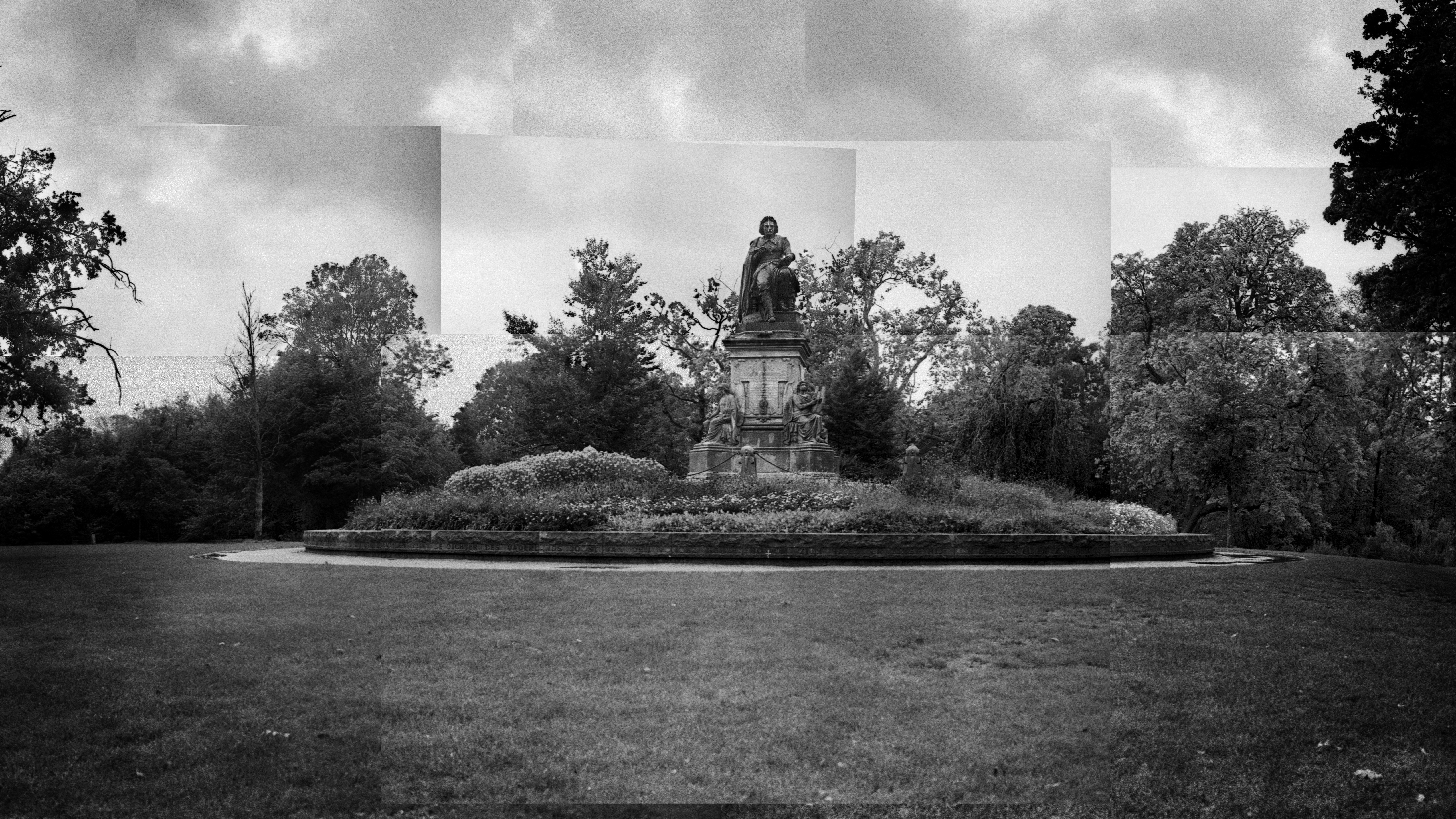 the greatest Dutch writer and poet of the Dutch language.

188 years after his death, Joost van den Vondel receives a statue and a park is named after him.

On Christmas 1982, as a protest, Joost van den Vondel was beheaded by squatters from Vondelstraat 36.

A year later, the restored statue is placed back in the park.