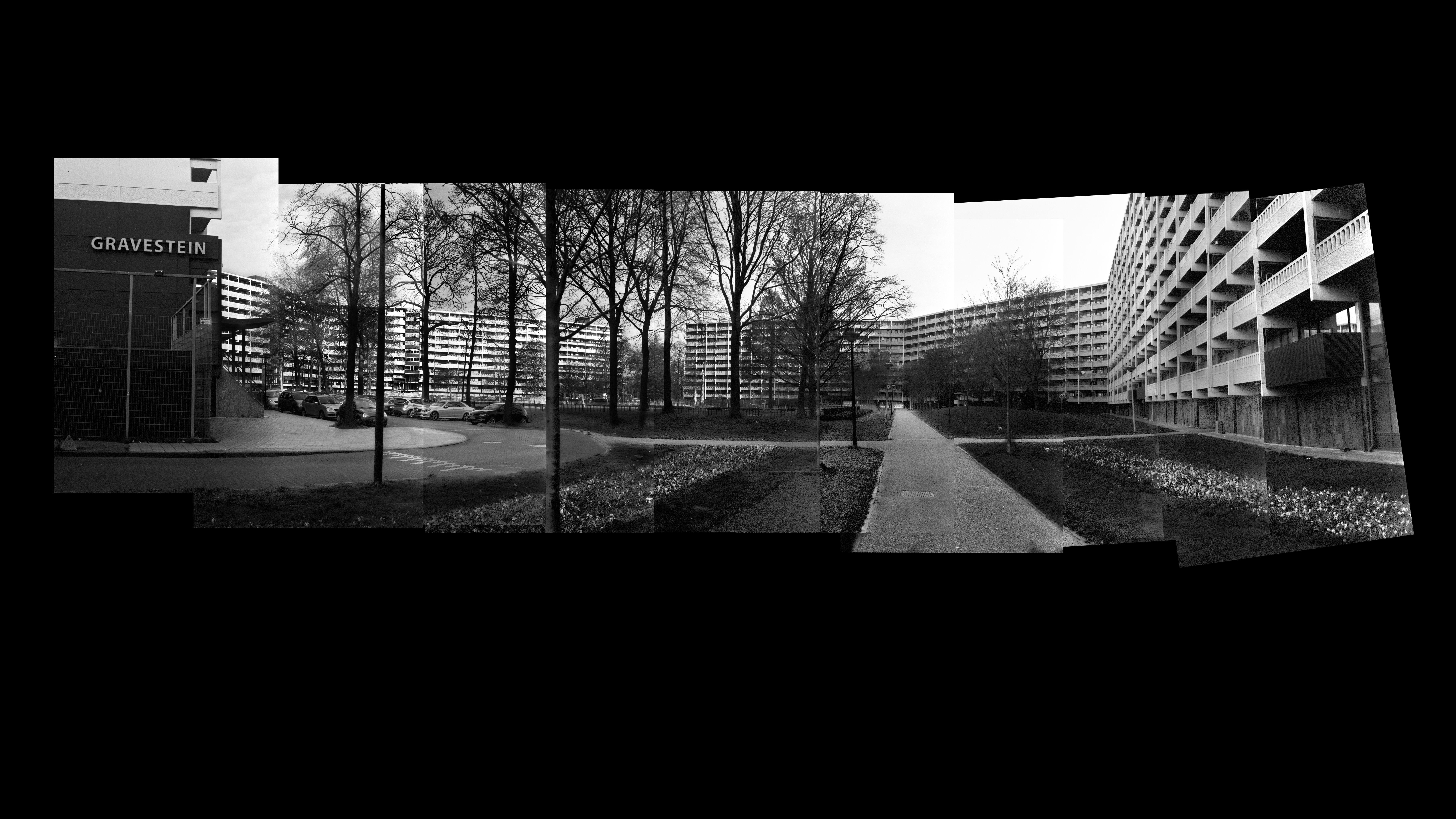 The Bijlmermeer is named after a lake “the Bijlmer meer” that was reclaimed in 1627.

The construction of the Bijlmer started in 1966 under the direction of architect Siegfried Nassuthen.

The Bijlmermeer was built as a ‘model district', the district for modern people.

It consisted of ten-storey high-rise flats in a distinctive hexagonal honeycomb structure.

A green oasis with a separation of car, bicycle and pedestrian traffic to prevent traffic accidents.

The Gravestein flat, formerly Gliphoeve I, was completed in 1970 and will be renovated in 2024.