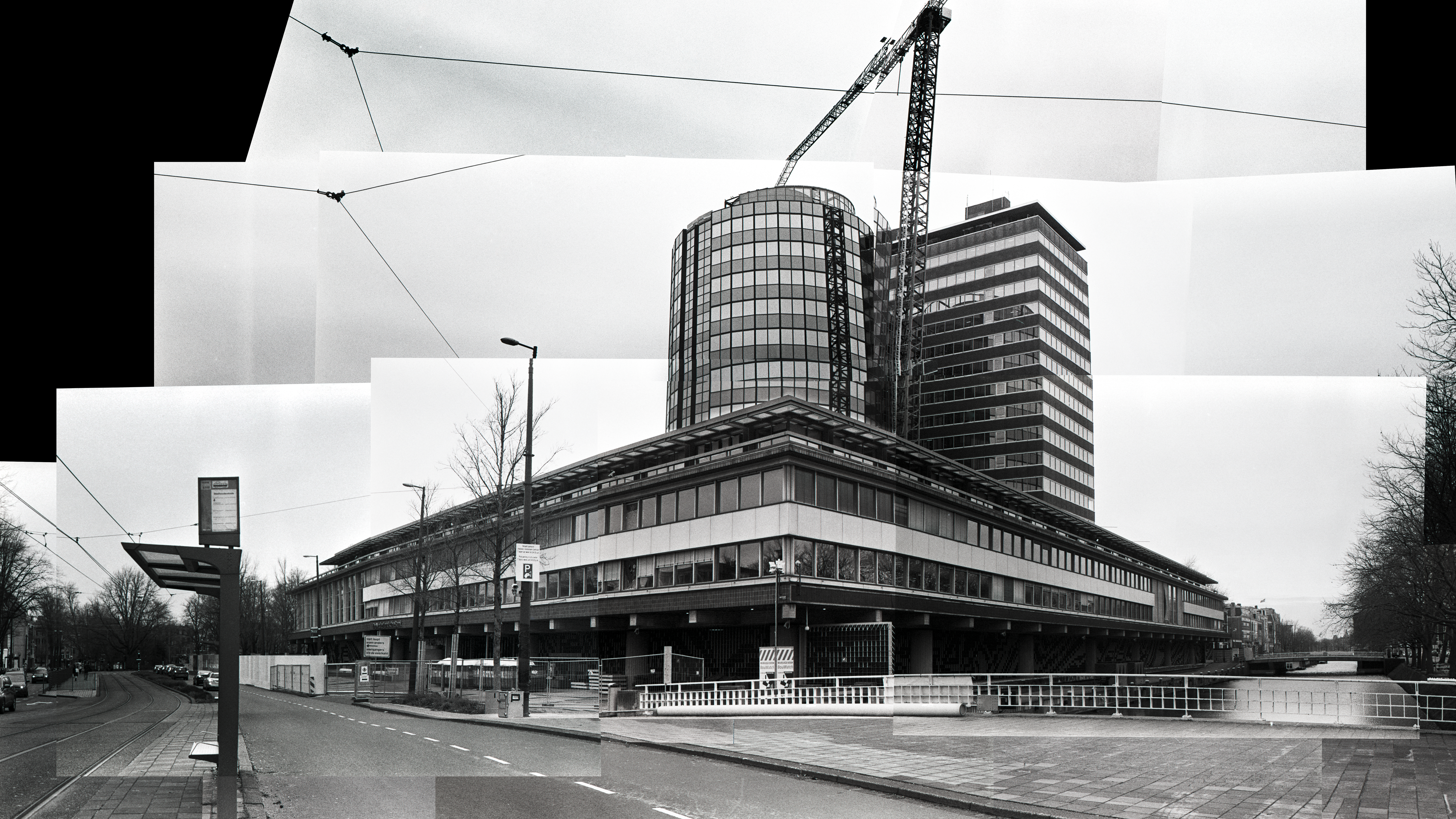 De Nederlandsche Bank was founded in 1814 by King Willem 1 and has been located at Frederiksplein since 1968.

The bank was built on the spot where the gallery and garden of the Paleis van Volksvlijt used to be.

An opera house had actually been conceived at this location, in exchange for the old head office of the Nederlandse bank

at the oude Turfmarkt (now Allard Pierson museum). The city council allowed the bank to establish its head office at Frederiksplein.

In 2020, the building will be renovated and the round satellite tower (popularly known as the piekenpijp) will be demolished.

Due to the renovation, the Dutch gold stock that was stored in the bank has temporarily moved.

A new storage facility is being built at Soestenberg Air Base.