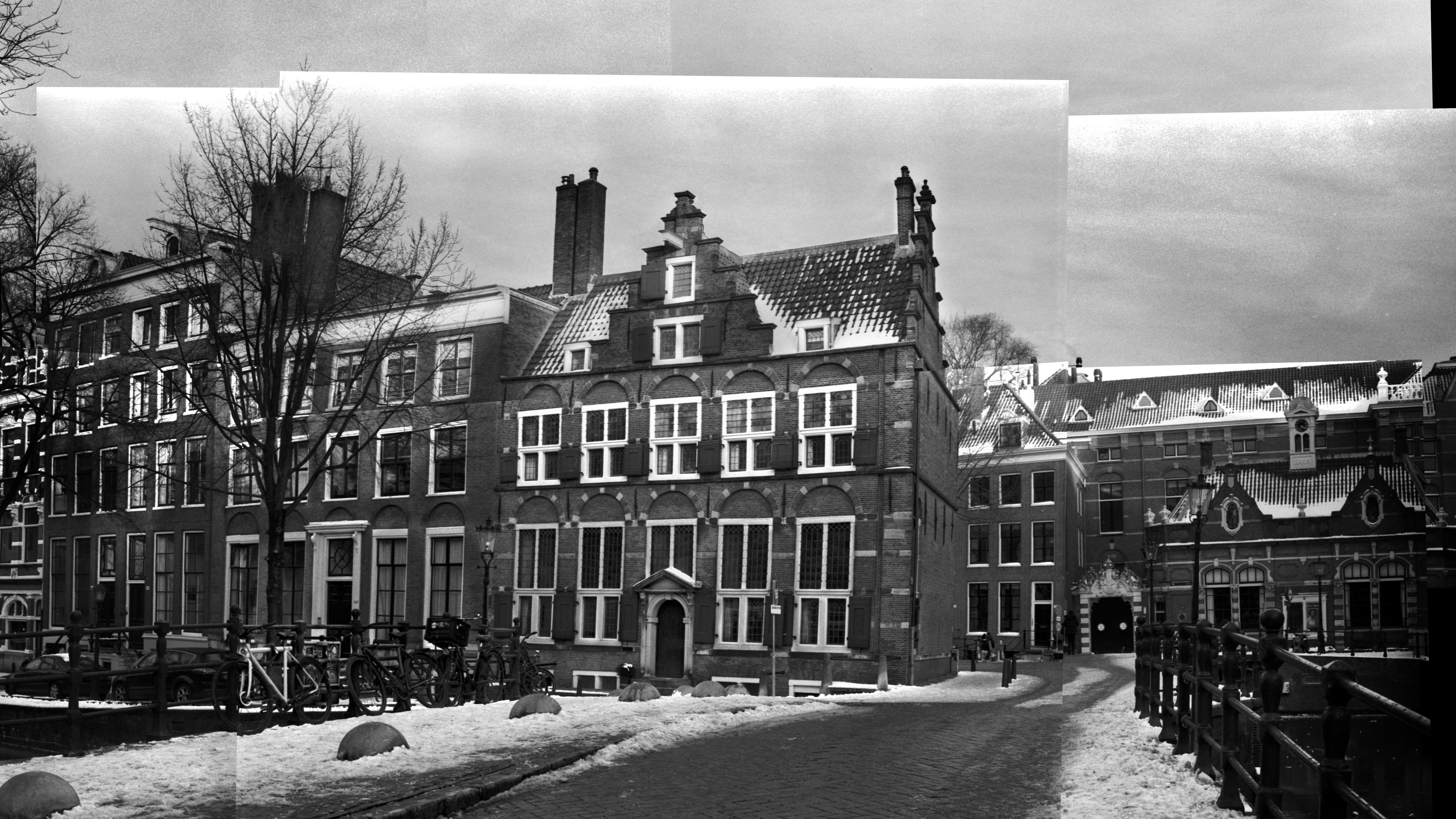 The house on the three canals is surrounded by the Grimburgwal, Oudezijds Voorburgwal and Oudezijds Achterburgwal.

It is a double corner house in Dutch Renaissance style and dates from around 1610 and has three stepped gables (one on each canal).

In 1909 the building was restored to its original form, as an example a painting by G.A. Berckheyde from 1680.

The Oudezijds Voorburgwal was dug between 1342 and 1380 and is the oldest canal in Amsterdam.

The Oudezijds Achterburgwal was dug in 1367 and formed the eastern border of Amsterdam.

The Grimburgwal was originally a side arm of the Amstel, the Grim (muddy ditch).

In the 14th century it was dug into a moat with an earthen wall (burgwal).