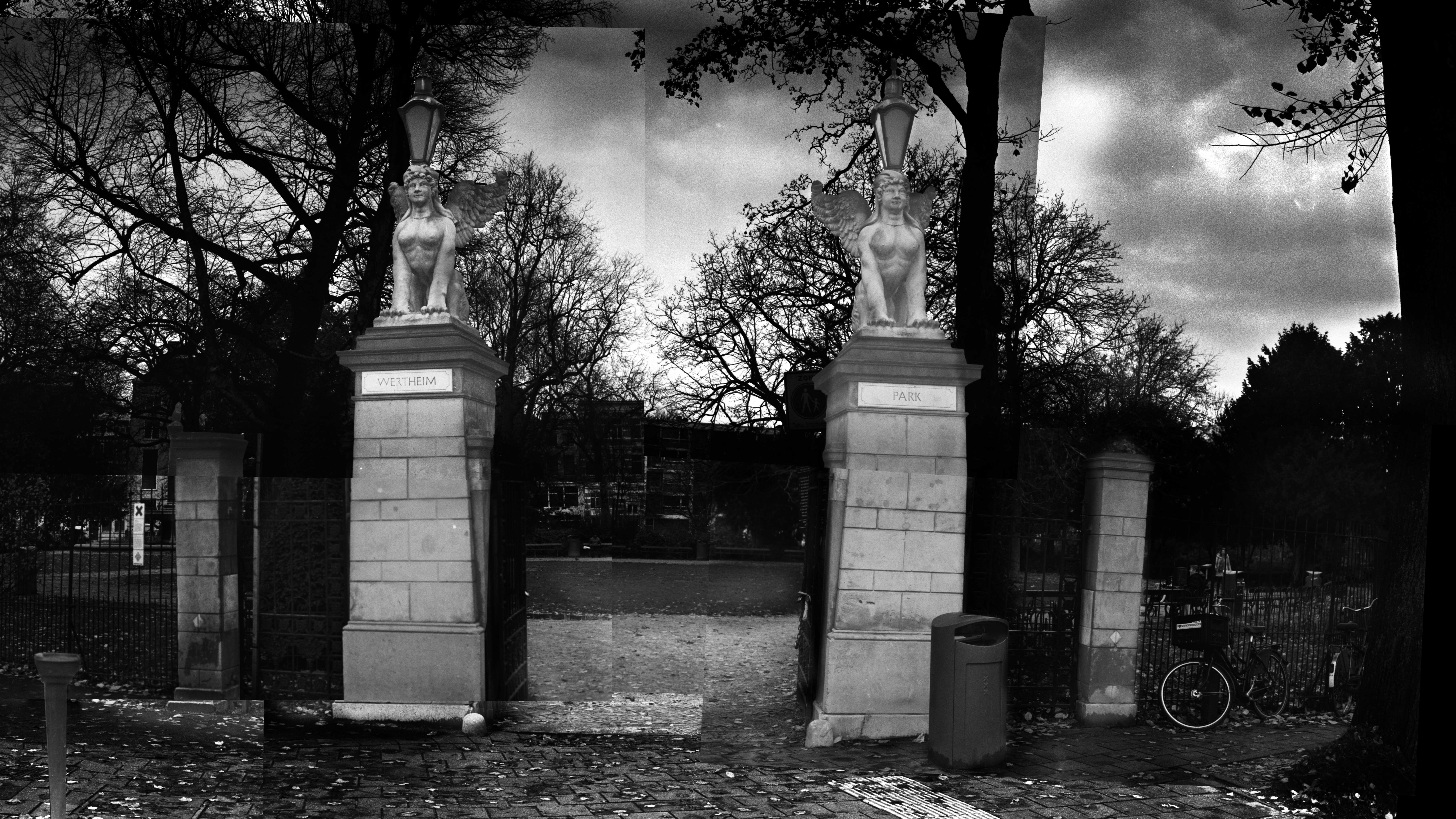 The Wertheimpark, formerly Parktuin (1812), is the oldest park in Amsterdam.

The Parktuin is named in 1898 after the banker, politician, art lover and philanthropist Abraham Carl Wertheim (1832-1897).

The park entrance has a gate with two lantern-bearing sphinxes, during or after World War II, the sphinxes had disappeared without a trace.

Today’s sphinxes are marble copies of the early nineteenth century originals that were in zinc or bronze.

The replicas were made by Hans’ t Mannetje (former student and performer of Hildo Krop).

In the park is a natural stone fountain with a portrait of A.C. Wertheim designed by the architect Jonas Ingenohl in 1898.

And the Auschwitz monument monument “Broken mirrors” designed by Jan Wolkers in 1993.