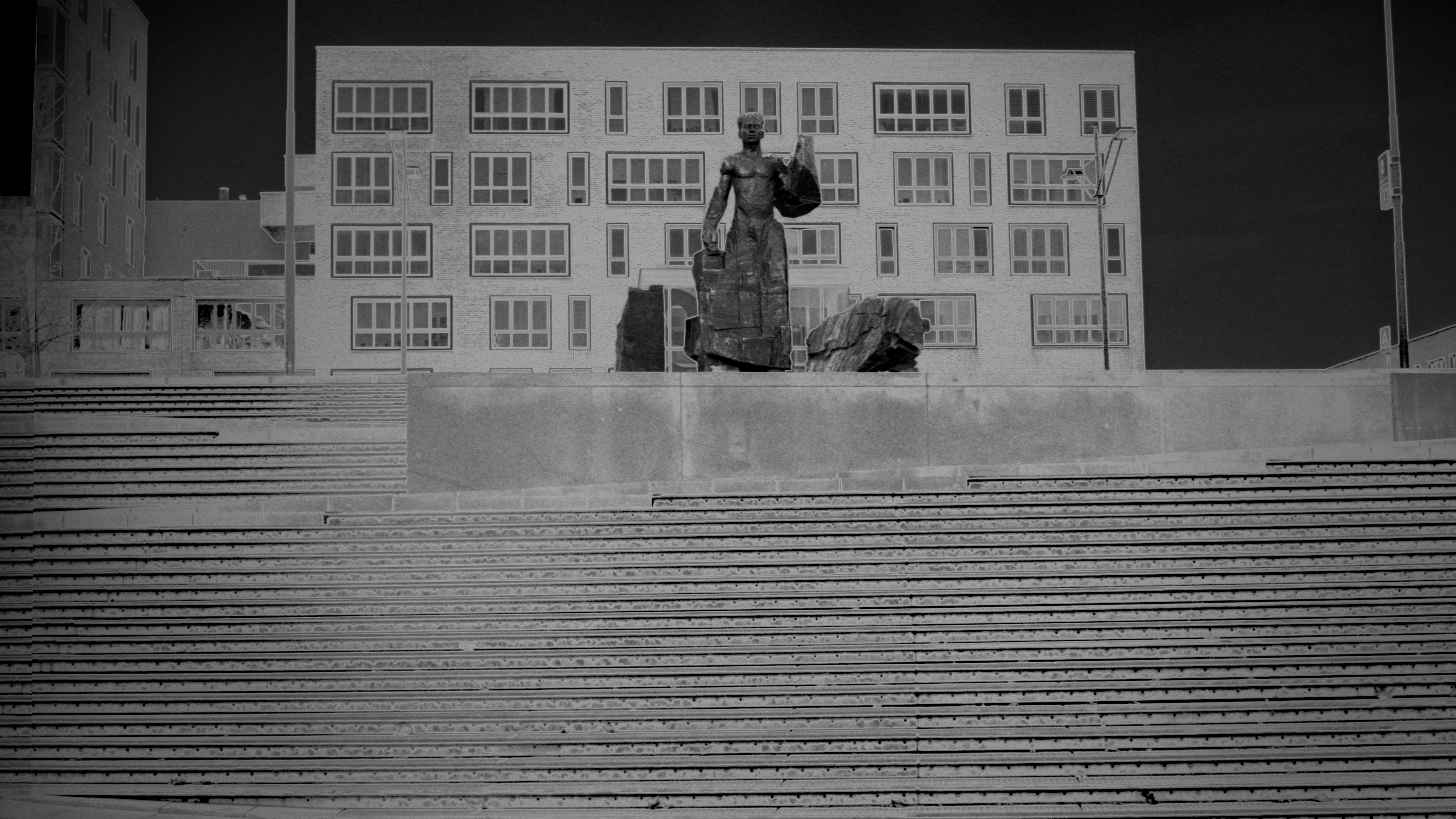 Bronze statue made by Jikke van Loon (1971) and unveiled in 2006 on the Bijlmerdreef on Anton de Komplein.

Anton de Kom emigrates to the Netherlands in 1920 and writes: We slaves of Suriname.

According to De Kom, the Surinamese people must be taught patriotism and nationalism.

This is best done through an extensive history, in which rebellious ex-slaves are the heroes.

In 1934: We slaves of Suriname is published.

On August 7, 1944, Anton de Kom was arrested by the German occupier and deported to Neuengamme

where he died at the age of 47 in Camp Sandbostel.