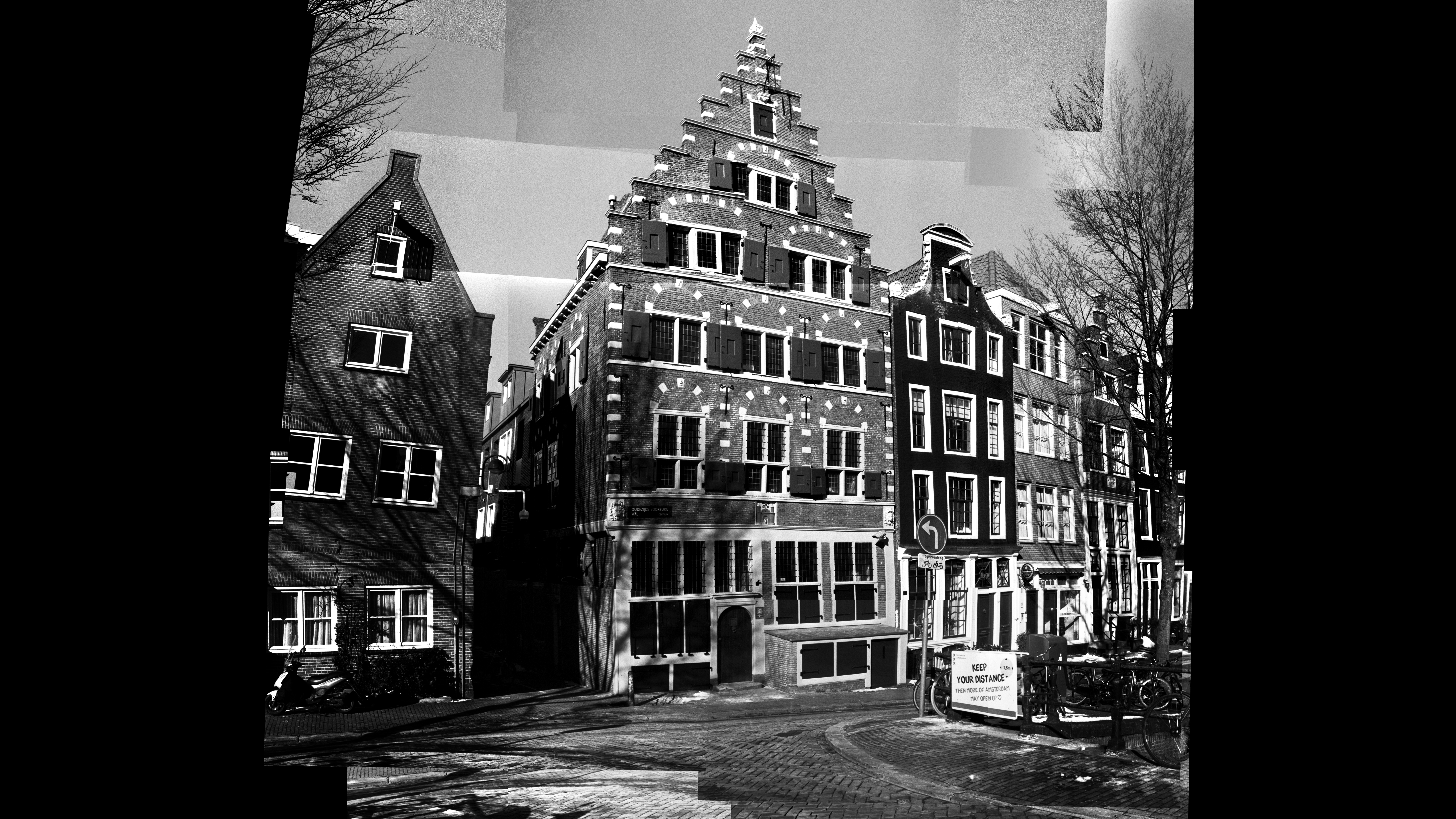 Wessel Becker, a Riga merchant, orders the building of a

The house gets a facing brick that causes confusion.

In the middle gable stone, two crossed keys (the coat of arms of Riga)

can be seen underneath a castle from which a lion’s head protrudes.

That is why the house is also called Leeuwenburg.

The building has been inhabited for 350 years, but then it

fell into disrepair in 1929 it was declared uninhabitable.

In 1942 the building was restored by Jan de Meijer, the stepped gable

was reconstructed during the restoration.

Since 1951, this building has been the Goodwill Center of the Salvation Army.

Besides shelter for the needy, also the residence of Major Bosshardt.