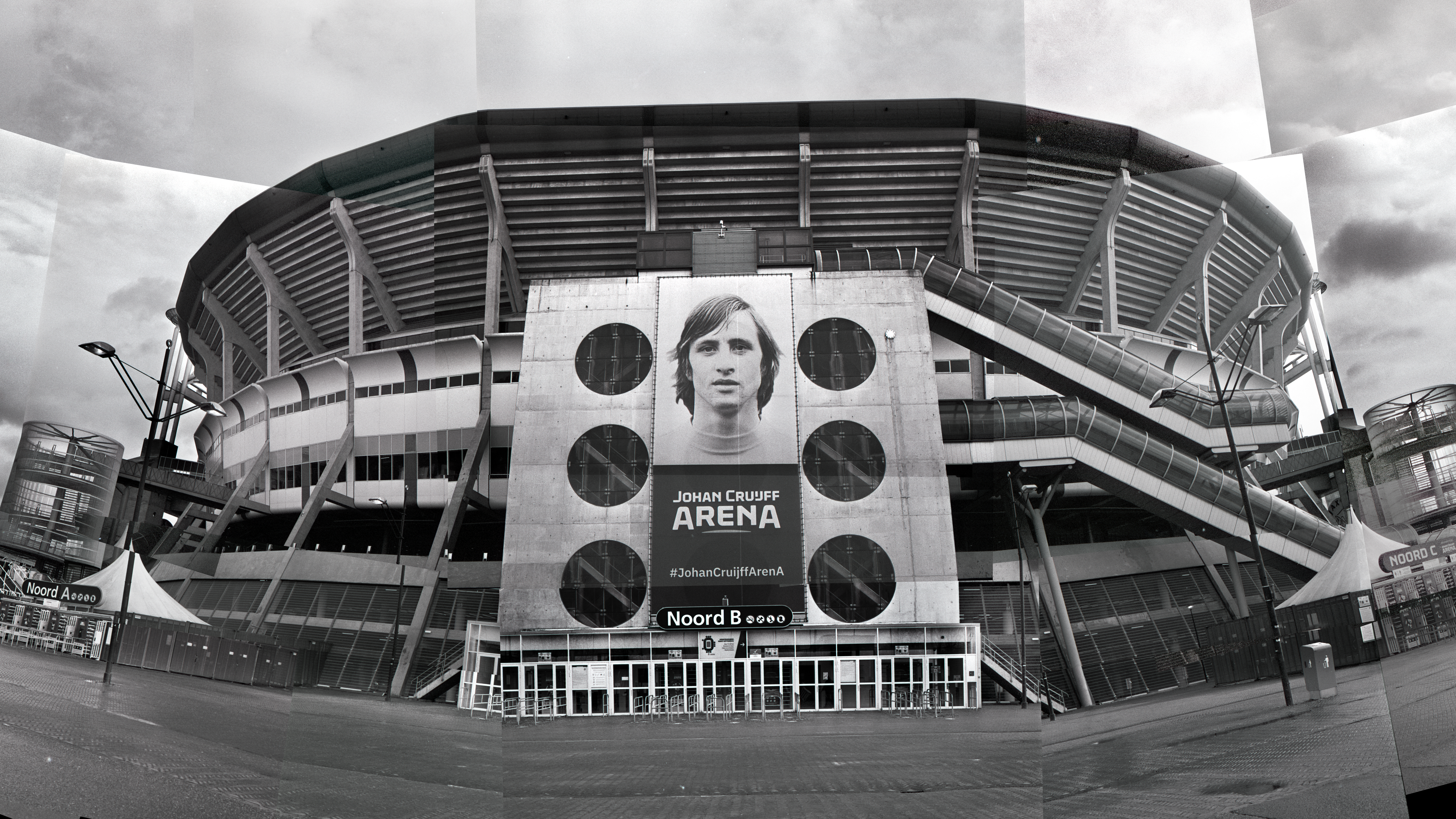 After its foundation in 1900, the Ajax football club played on a field in Amsterdam Noord.

In 1907 the club moved to the Watergraafsmeer, which was still an undeveloped polder at the time.

The nearby café Brokelmann was used as a dressing room.

In 1911 Ajax was the first club in the Netherlands to have a wooden covered stand,

in popular parlance this was called: "the wooden stadium”.

Due to the many successes, the club was looking for a new and larger accommodation.

Ajax moved to Betondorp where on December 9, 1934 the new "stadium de Meer" was officially opened.

A stone stadium that could seat 22,000 spectators, Ajax played  a total of 953 matches.

In 1996 it moved to the new stadium "Amsterdam ArenA”.

On April 25, the stadium’s name was changed to Johan Cruijff ArenA.