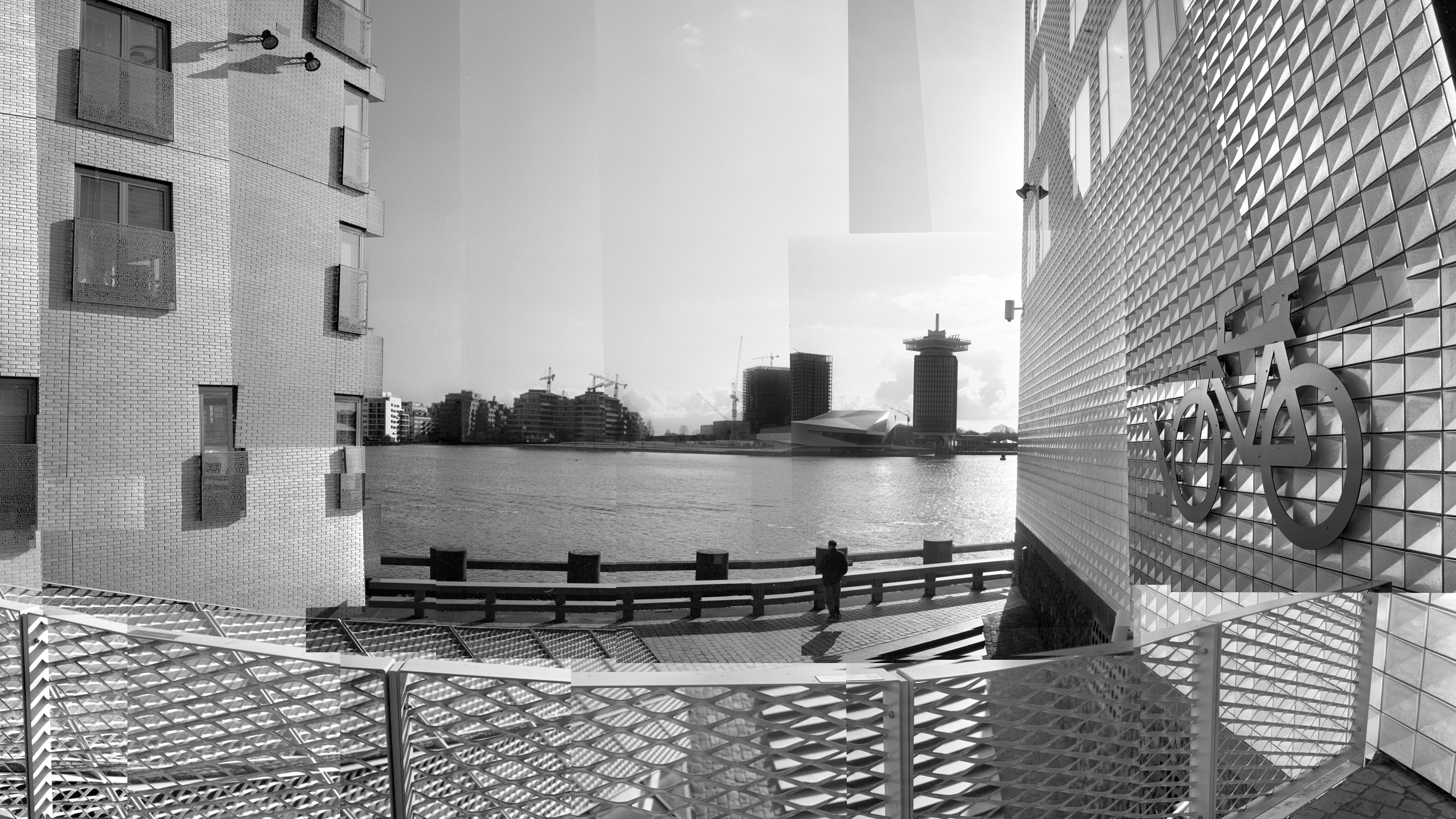 of the Oranje locks in 1870 the influence of ebb and flow on the IJ disappeared.

From the 1920s, Westerdokseiland was used as a railway yard for Central Station.

The IJdock was constructed in 2011 with the court of justice (palace of Justice),

hotel and the office of the water police.

The colonial establishment was located here from 1911 to 2009.

After 1957 the building was used by the National Police in Water.

The Shell Laboratory used to be located on the Northern IJ bank,

with the Shell tower now the Amsterdam tower.

The Eye Filmmuseum was opened in 2012 and the Overhoeks district is being built.