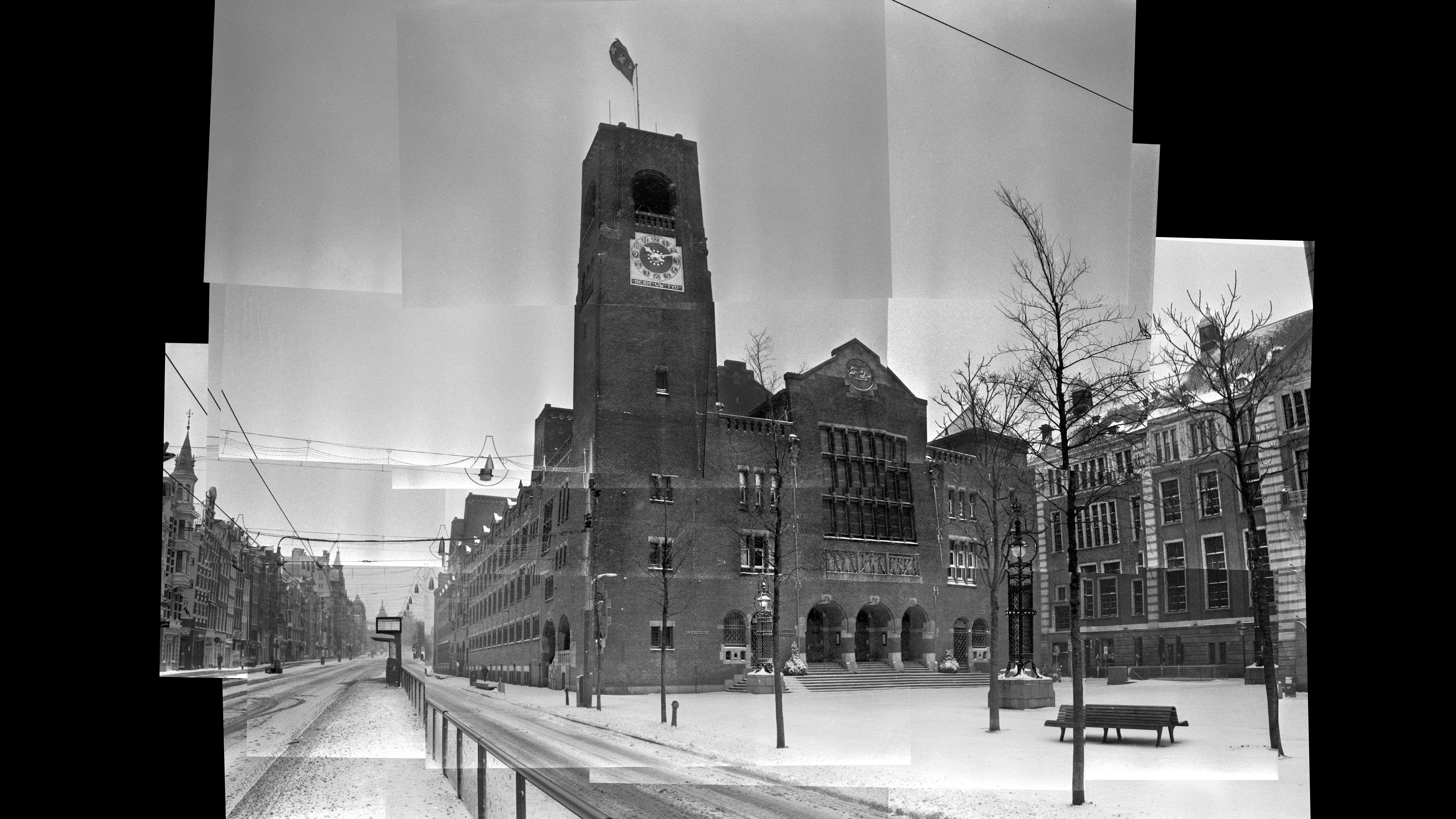 This is where the first shares of the East India Company (VOC) were traded.

From 1845 to 1903, trade was conducted in the stock exchange designed by

Petrus Berlage (1856-1934) designed the new merchant’s exchange as a gesambtkunstwerk.

Engineers, visual artists and a poet worked together on one whole.

On May 27, 1903, the new merchant exchange was opened by Queen Wilhelmina.

Berlage wanted to give the building the function of a ‘palazzo pubblico',

a palace for everyone where community and art come together.

The building is now used as a center for exhibitions, conferences and other gatherings.