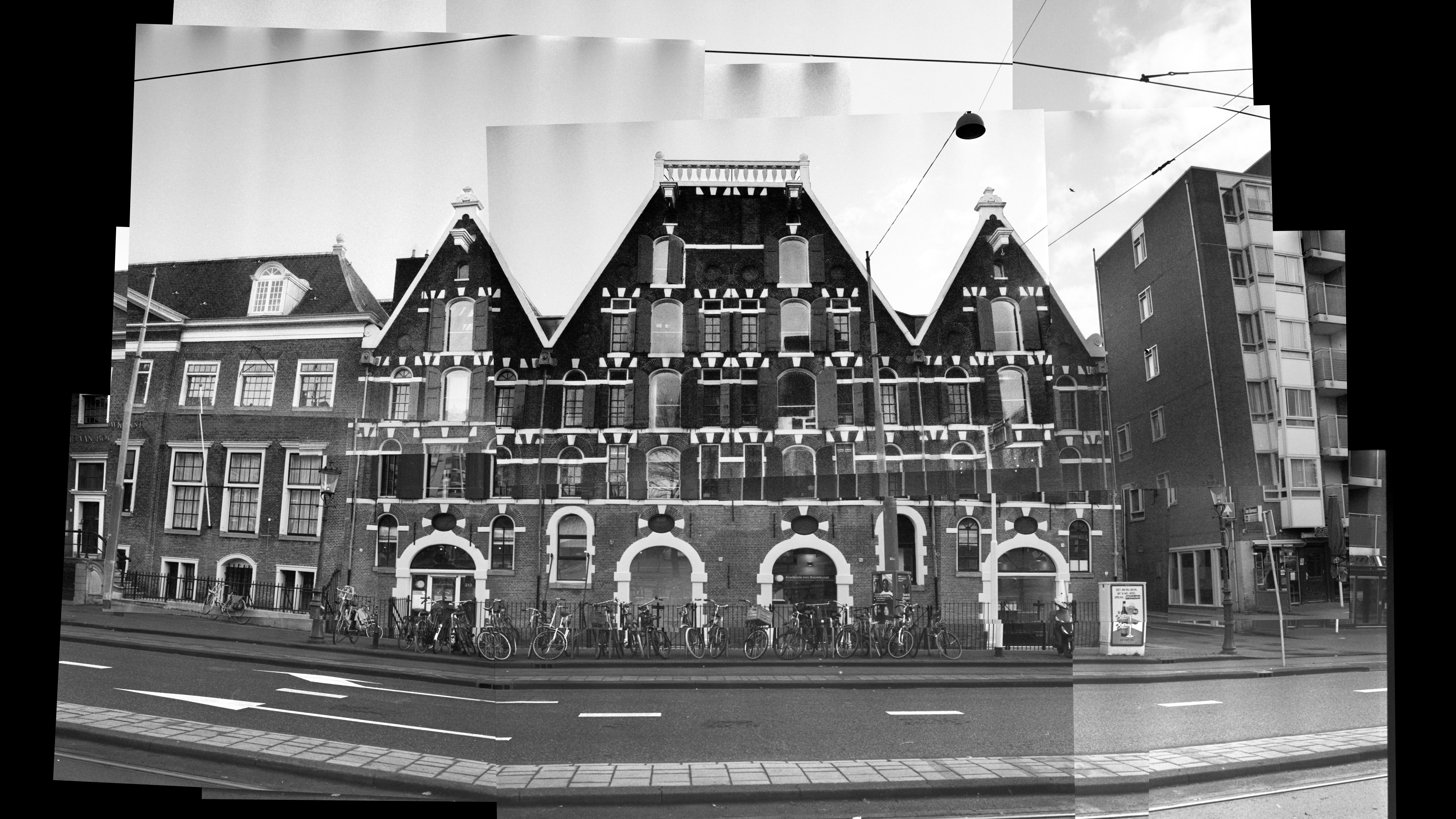 The Stadsturfpakhuizen were built in 1610 for the storage of grain, butter and peat.

These goods were distributed by the ‘Oude Huiszitmeesters’,

who took care of the Amsterdam 'home-sitting poor'.

People who had a house but no money for food or peat.

From 1808 it was used for weapons storage, from this period dates the current name “Het Arsenaal".

The building has three spouted gables, the middle one a trapezoidal type with balustrade.

From 1946 the building was used by the Academy of Architecture and was restored in 1960.

In 1985 a space in the building was squatted by ‘De Pleinwerkers'.

‘De pleinwerker' was a creative workshop where exhibitions and expositions were held.