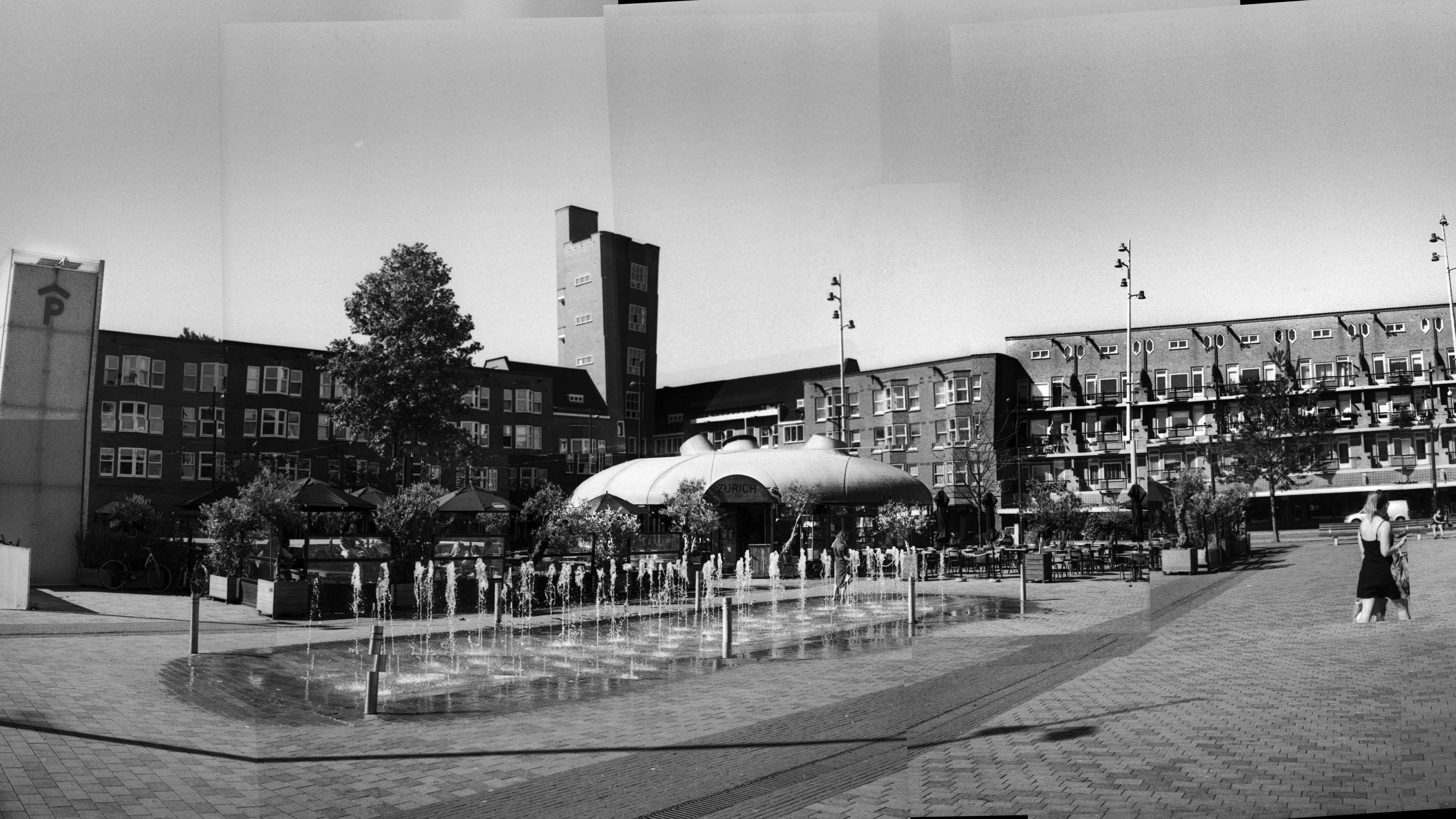 Mercatorplein is the heart of Plan West and was designed by H.P. Berlage (1856-1934)
as a people's square in the architectural style of the Amsterdam School.
The square was built in 1925 and named after the cartographer Gerardus Mercator (1512-1594).
Mercatorplein has been renovated several times and rebuilt according to Berlage's original design.
In 1998 the square was festively reopened by Queen Beatrix (1938).
On the square is cafe Zurich, popularly called “the mushroom”, after a design by Search Architects built in 2010.
On the side of the parking tower is the portrait of mayor Eberhard van der Laan (1955-2017) (Damsko strijder)