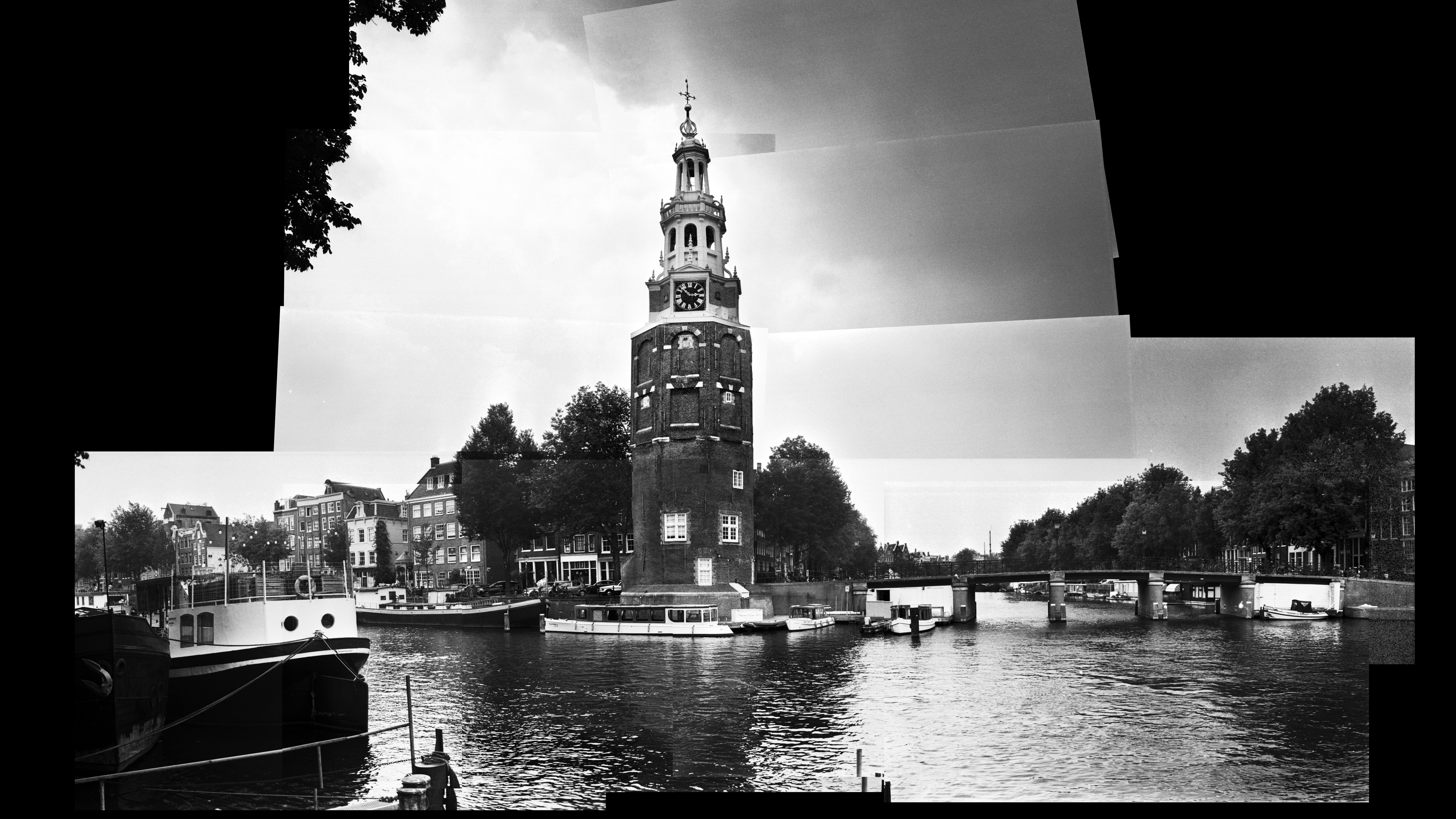 The Montelbaanstoren (1516) was part of the fortifications of Amsterdam.

In 1606 the tower lost its defensive function and the city council decided to raise the tower to 48 meters.

The tower had an octagonal brick construction, a wooden spire and a clockwork with clocks.

In 1610 the tower suddenly began to slope, probably due to the great weight of the new tower.

The tower was propped up and straightened with cables. A new thick foundation was built around the base of the tower.

The montelbaanstoren is nicknamed: 'Malle Jaap' because the striking mechanism

of the bells started to ring spontaneously at irregular times.

After a short period of time, the bells suddenly stopped and it could be hours or

even days before there was sound from the tower again.