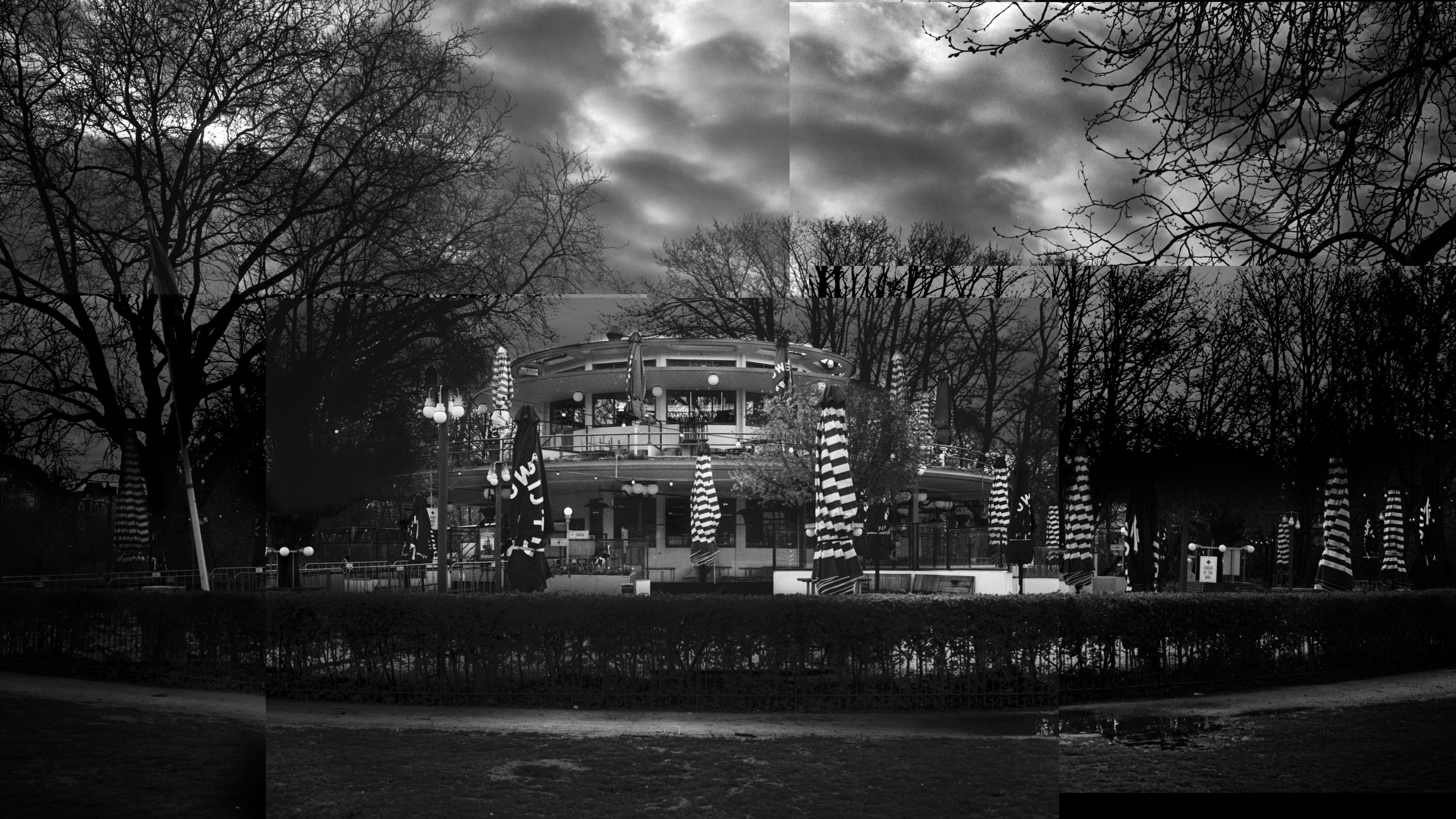 The building burned completely down in 1936 due to a fire in the thatched roof.

In the same year, the Baander brothers designed a building on the same spot

in the style of 'New Objectivity' the Dutch interpretation of 'Bauhaus’.

The round concrete building has 2 floors and resembles a flying saucer.

The owner of the 'Blue Tea House' lived in the living area on the top floor of the building.

In 1977 he was found dead in his home, probably the victim of a robbery

with a fatal outcome, the murder case has never been solved.

Today the building houses a cafe with a large terrace belonging to a local Amsterdam beer brewer.