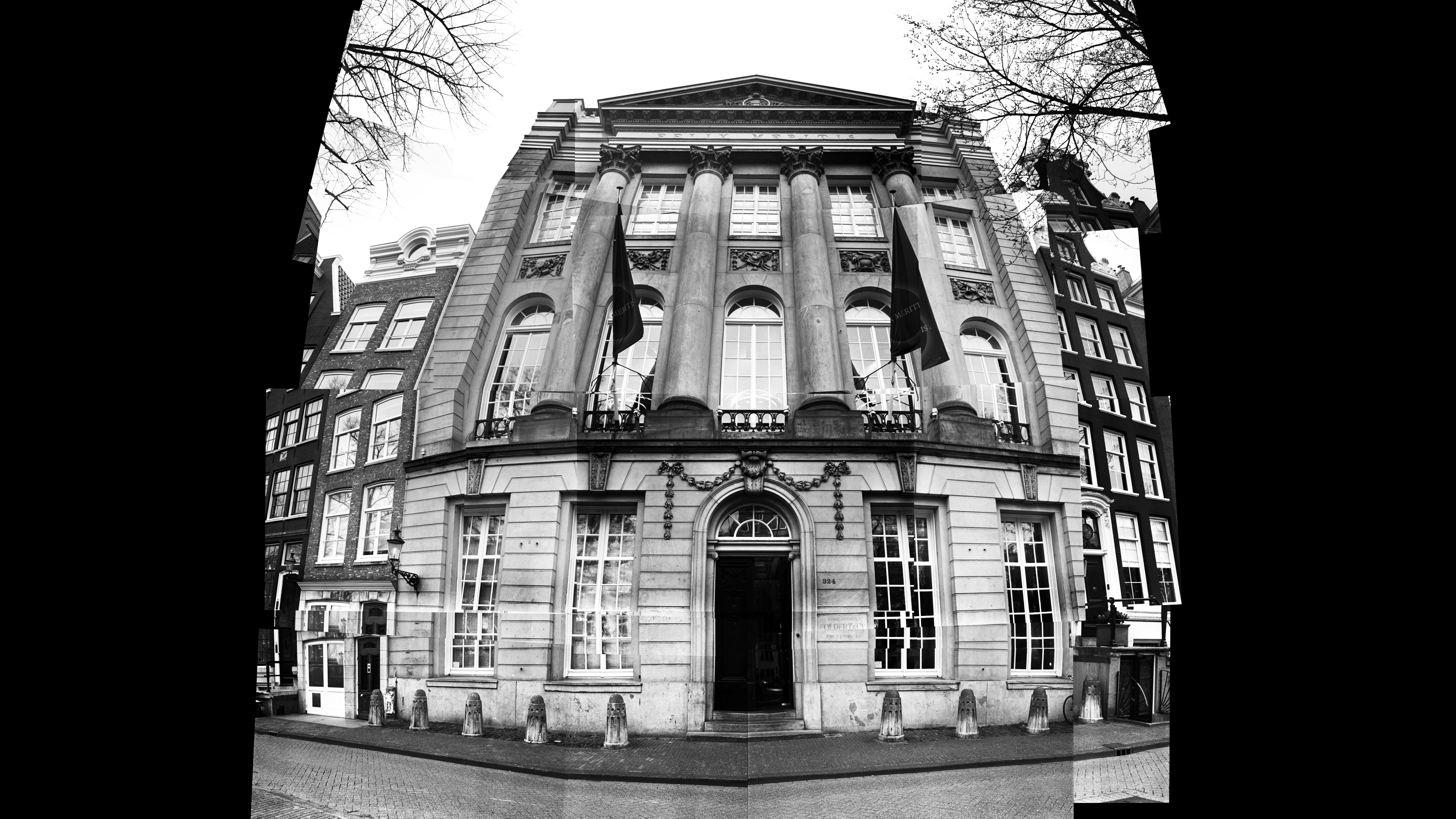 Felix Meritus (Happy through Merit) has the appearance of a Greek temple with its Corinthian columns.

The building designed by Architect Jacob Otten Husly (1738-1796) is the home for culture and knowledge.

It was founded in 1777 and paid for by the wealthy bourgeoisie as a home for entrepreneurs, artists, philosophers and scientists.

Special spaces have been created for the practice of: music, drawing, physics, commerce and literature.

In 1889 the Felix Meritus society was ended and the building was bought by the printer Holdert & Co.

After the war, the CPN (Communist Party of the Netherlands) settled in the building.

At the end of the sixties, Felix Meritus is renamed Shaffy theatre. Today, the building

is once again serving the arts, science, entrepreneurship and technology.