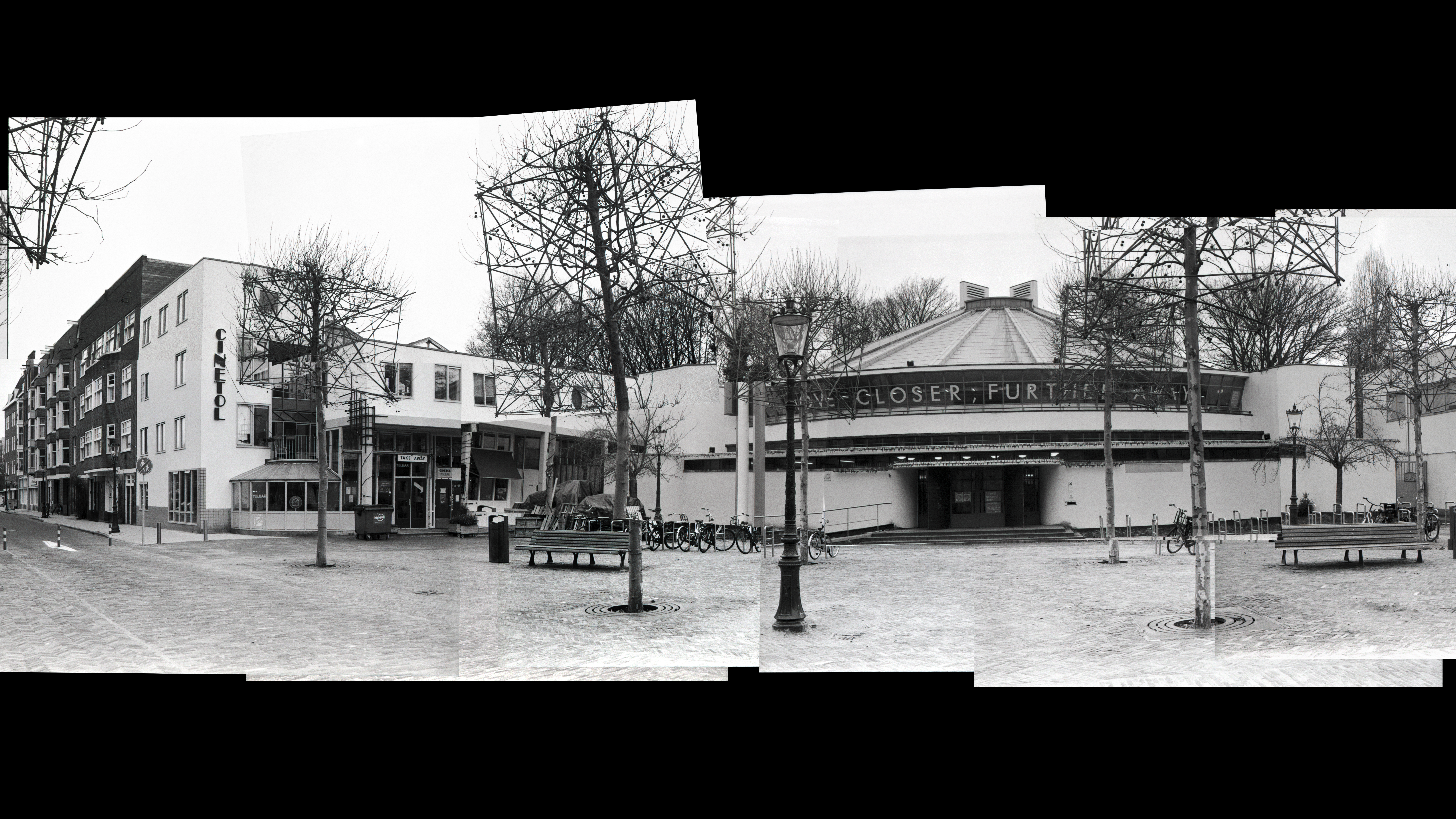 Cinetol built in 1929 as meeting center of the Theosophical Society.

The building was designed by the architects Johannes Brinkman (1902-1949)

with many steel windows and a green copper roof.

In 1943 the building was requisitioned by the German occupier and the Thalia cinema was opened.

After the war it remained a cinema, first under the name Cultura, later as Cinétol.

Cinétol closed in 1979, after which Koppies founded film house Cinecenter.

Behind the building is a large courtyard, where 'de Tolkresj' has been located since 1970.

Today Cinetol is a small music venue and breeding ground for creatives.