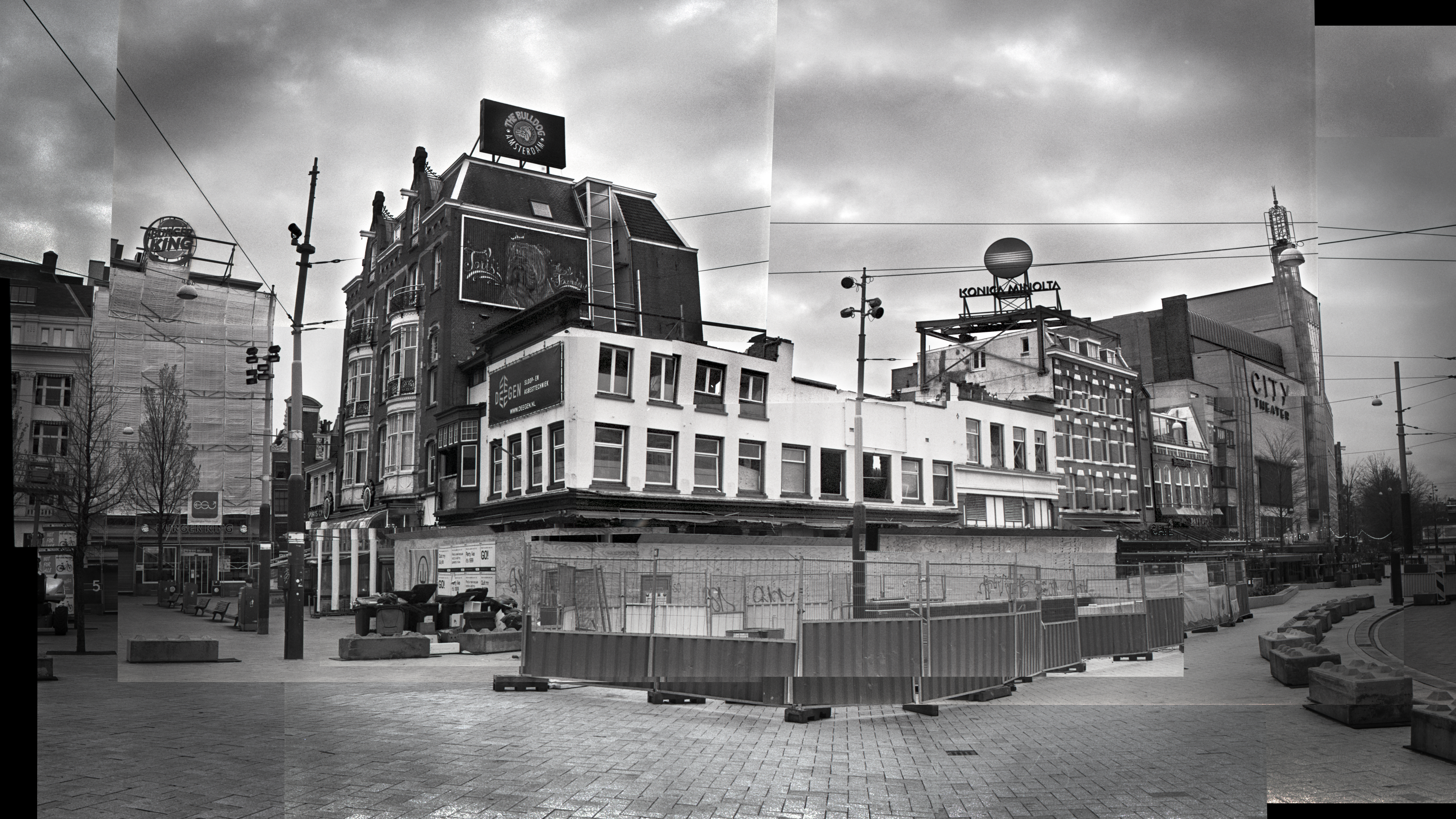 The Leidseplein dates from 1660 and is named after the Leidsepoort.

The Leidsepoort was one of the eight gateways to Amsterdam which was part of the fortifications.

The square was a parking lot for carts and wagons of visitors from outside the city.

The stadschouwburg and many entertainment venues and terraces make it a popular nightlife square in the city.

Since 1985, the Bulldog coffee shop has been housed here.

of two moving Heineken glasses on the roof.

The building has to make way for a 4-star hotel with 6 floors.