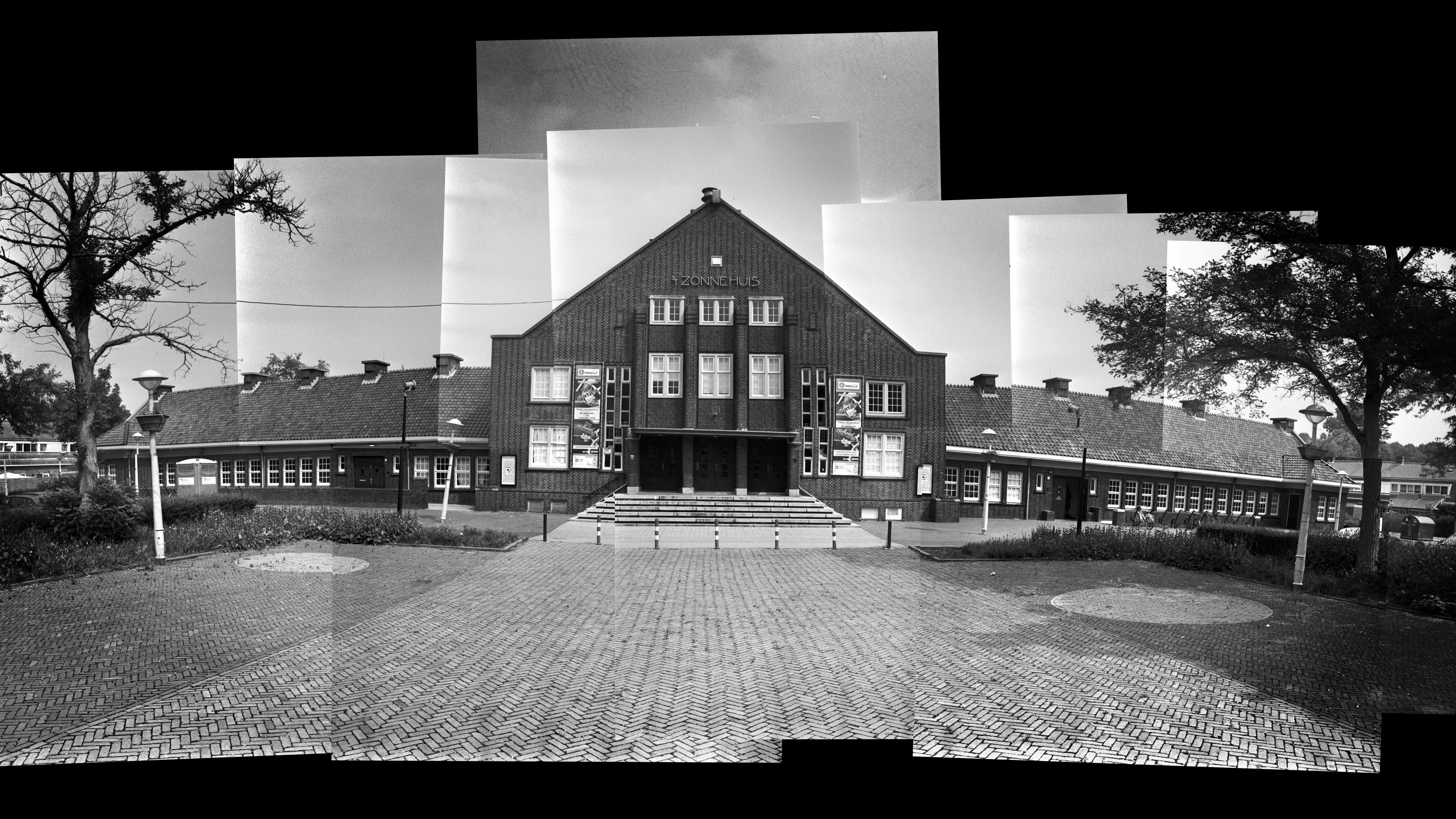 Tuindorp Oostzaan built for residents of the impoverished working-class neighborhoods of the city center.

At the rear of the building 4 statues of the sculptor W. IJzerdraad and M.Vreugde, a father, mother and two children.

Later this building was given the name 't Zonnehuis, a home for various associations.

The large and the blue hall housed various drama, singing and harmony associations.

The philosophy that a thriving social life is important for the education of the working class.