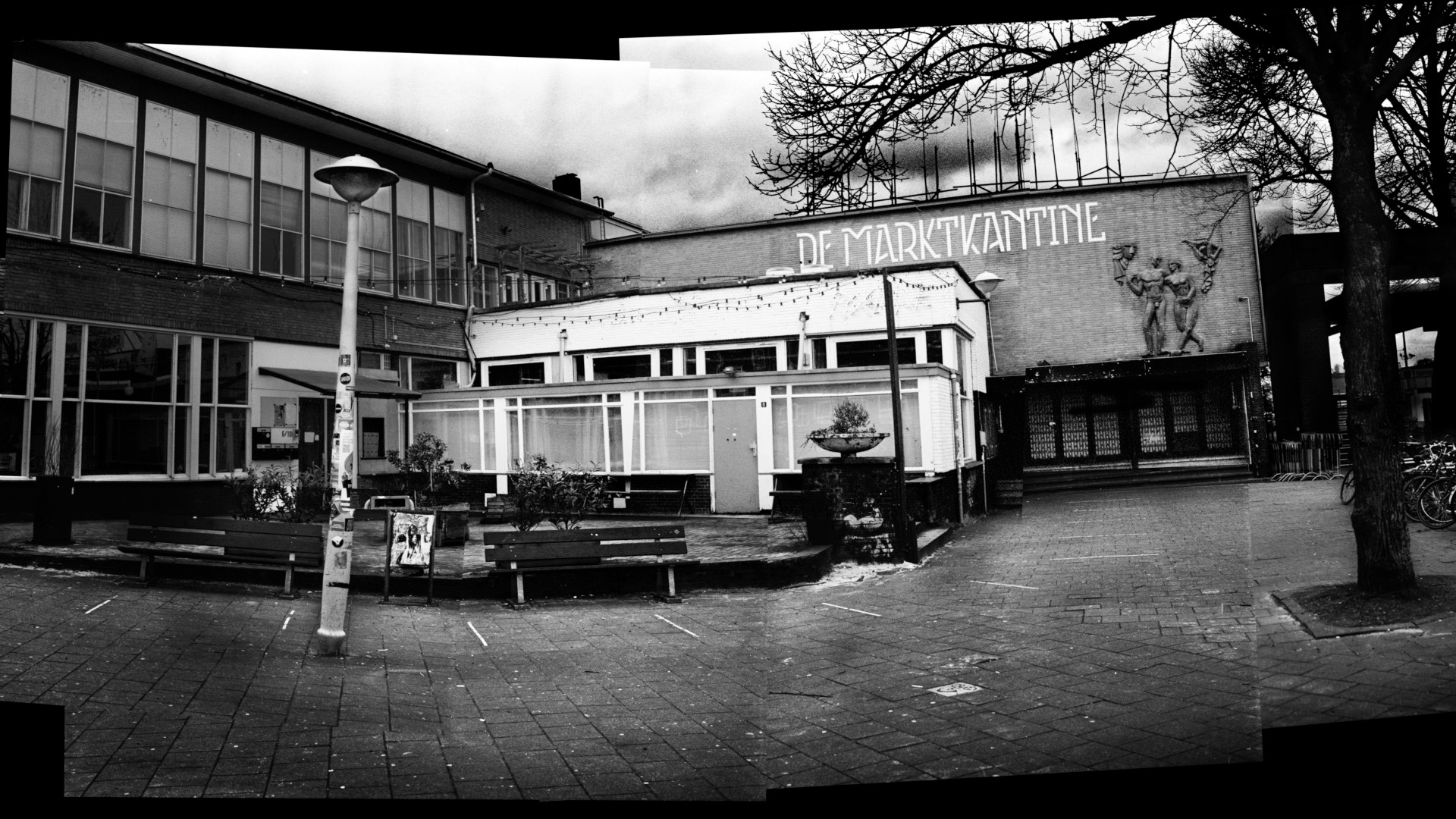 The 'Markt kantine' was an association space for the market vendors built near the central market halls.

Since 1934, the 'centrale markt' has been a wholesale market where shopkeepers and market merchants buy their stuff.

The 'Markt kantine' was converted in 1956 into a theater known as 'de Marcantie' (a corruption of the market canteen).

On the facade the relief of 'the dancing couple' made by the sculptor Cephas Stauthamer (1899-1983).

De Marcantie was a nightlife venue, but ballet and opera performances were also held.

In the nineties there were roller disco and house parties.

After a period of vacancy, the 'Markt kantine' has been a house and techno hotspot since 2014.

But also a place where you can watch Ajax champions League matches on a big screen.

to make way for a new-build project 'het Marktkwartier’.