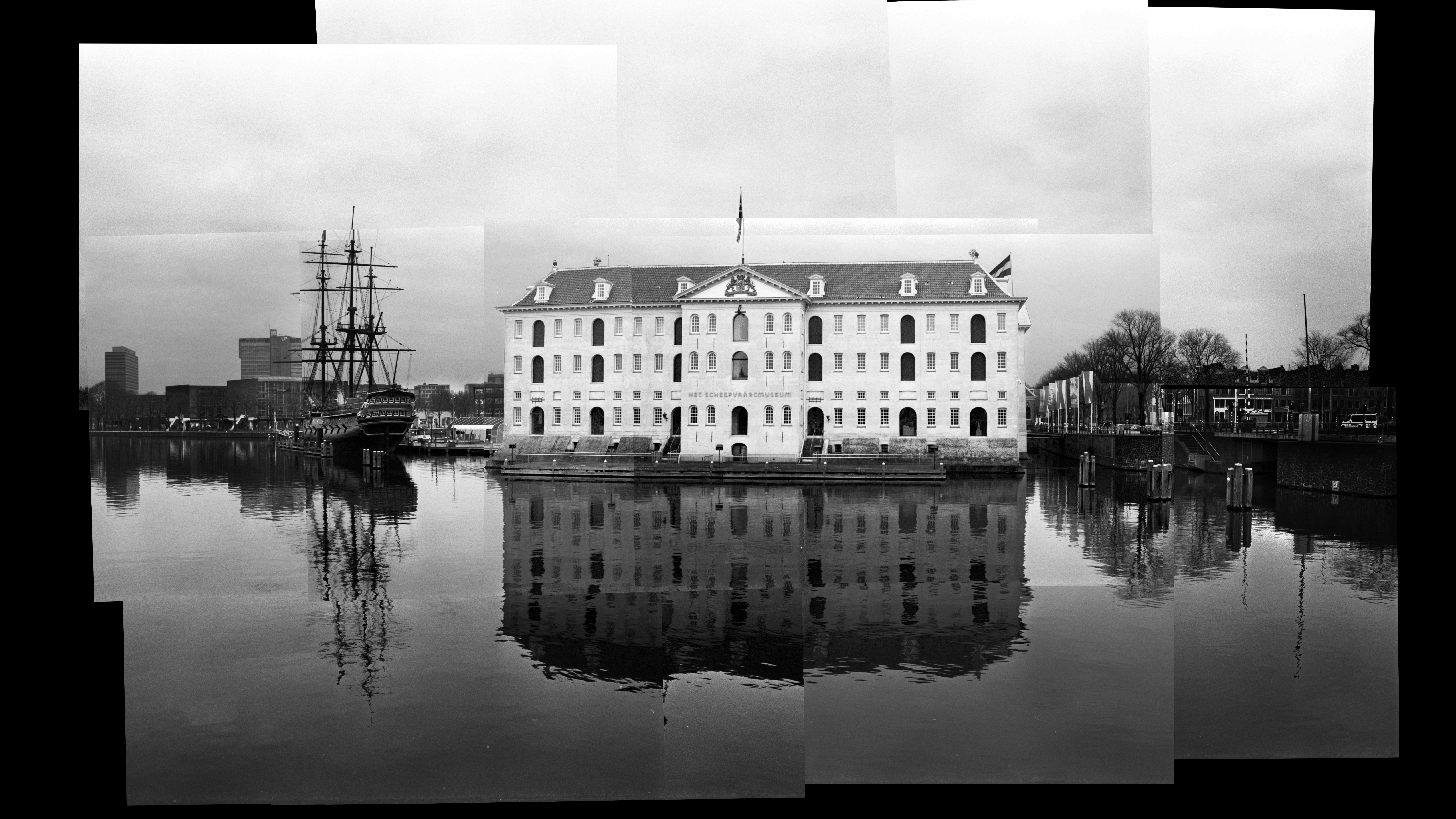 's Lands Zeemagazijn' is the largest still existing warehouse from the 17th century,
the Maritime Museum has been located there since 1973.
In the golden age, Amsterdam was the largest port in the world.
The VOC (Verenigde Oost Indische Company) ships sailed across
the Seven Seas to buy spices and herbs to trade in Amsterdam.
Ship supplies and weapons were stored in the Zeemagazijn.
In the barrel vaults under the courtyard was a drinking water storage for the ships.
The sea warehouse was built in nine months and completed in 1665,
the master builder was Daniël Stalpaert (1615-1676).
The building has been thoroughly renovated twice, in
1747 the building had subsided and it was reinforced again.
In 1791 a fire raged after which only the walls were spared.
Nowadays you can view the rich maritime history of the Netherlands in the Maritime Museum.