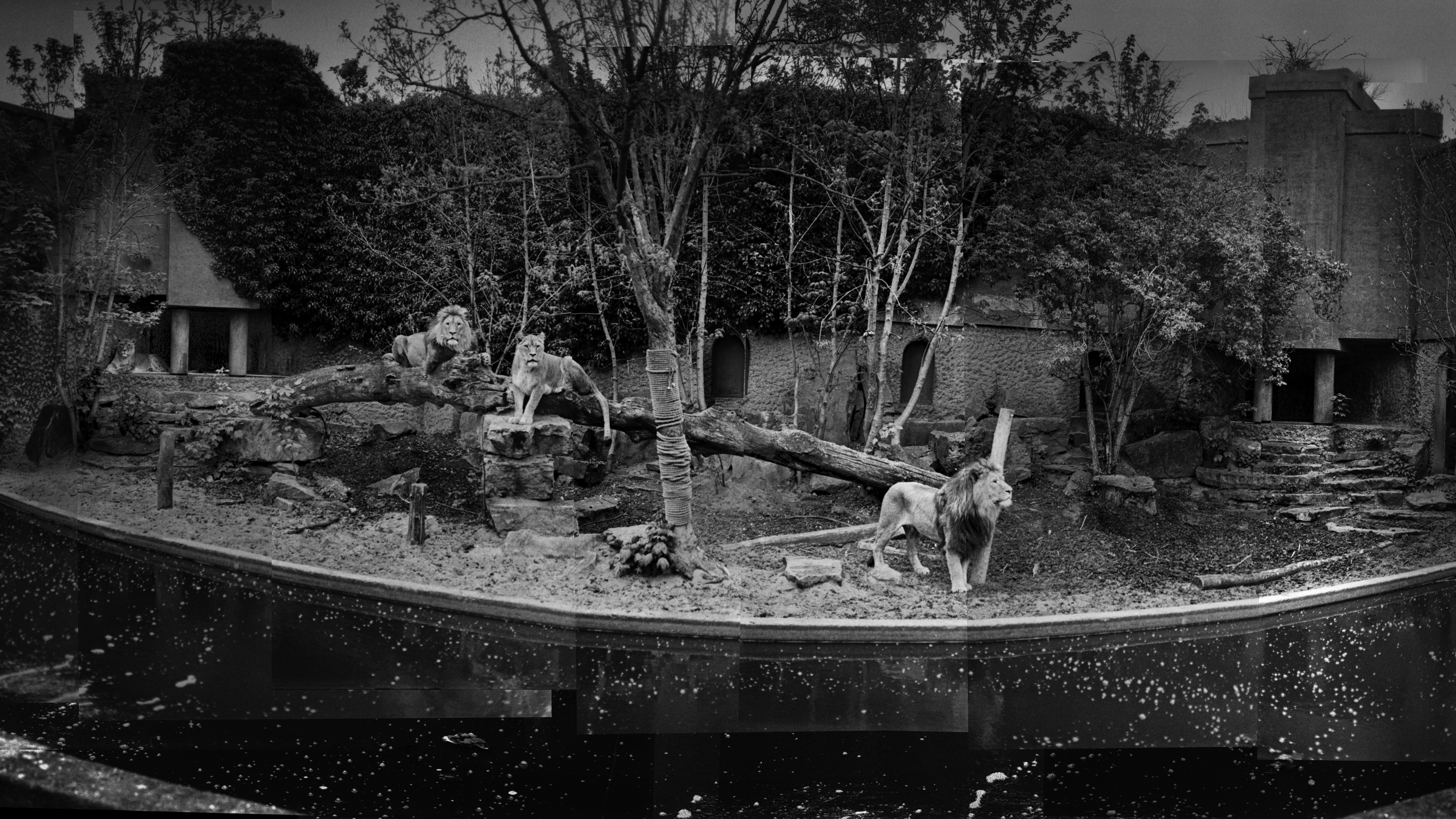 As a child I went to Artis several times a week, a fixed route, I knew most
of the animals by name, the lion family was a regular spot.
The Kerbertterrace is the animal enclosure for the lion Dembe and the lionesses Kianga and Kacela.
The terrace is named after Artis' second director, Dr. C. Kerbert (1890-1927)
designed by the architect B.J. Ouendag (1861-1932).
The terrace was built in 1929, a concrete backdrop of a mountain range with trees,
is separated from visitors by a moat.
For that time a modern animal shelter because the animals were not in a pen behind bars.
Almost 100 years later, the current lion enclosure is no longer adequate.
The plans for a large shelter have been made.
Two anonymous benefactors fund the construction of the animal shelter and
also the costs of caring for the animals for the next five years.