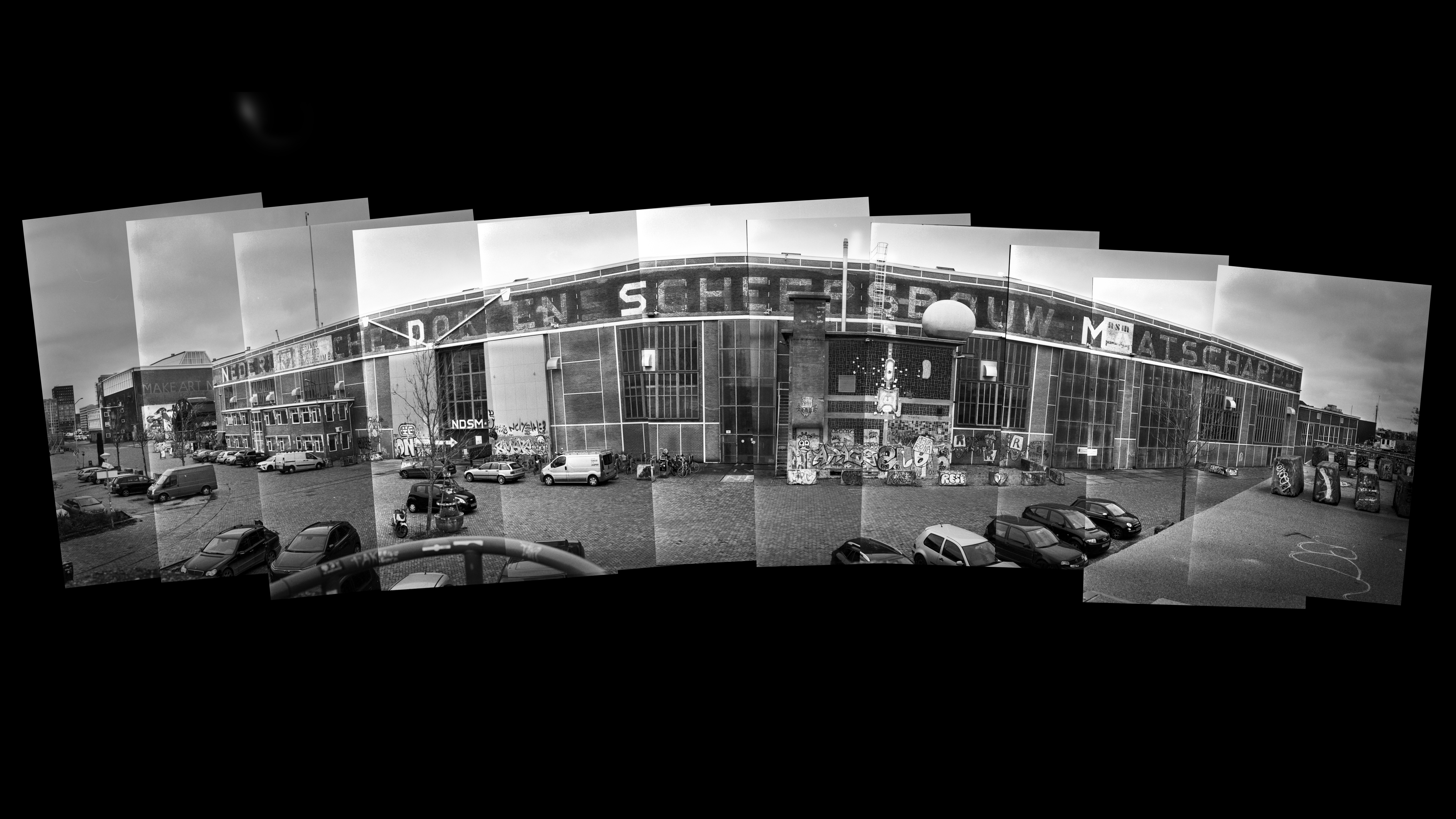 On the left the Former welding shed of the NDSM next to the Large shipbuilding shed.
Designed in 1910 by G.J. Langhout (1879-1962).
Before the Second World War, passenger and cargo ships were built here, after WW II mainly mammoth tankers.
In the shed, trusses and profiles were made and mounted.
The parts were incorporated into the ship outside on the slipways.
In its heyday in the 1950s and 1960s, approximately 6,000 people were employed.
After several mergers, the NDSM was declared bankrupt in 1978.
The vacant commercial buildings were squatted and breeding grounds
were created for artists and creative companies.
The question is how long this unique area will still exist, the municipality also has housing plans.