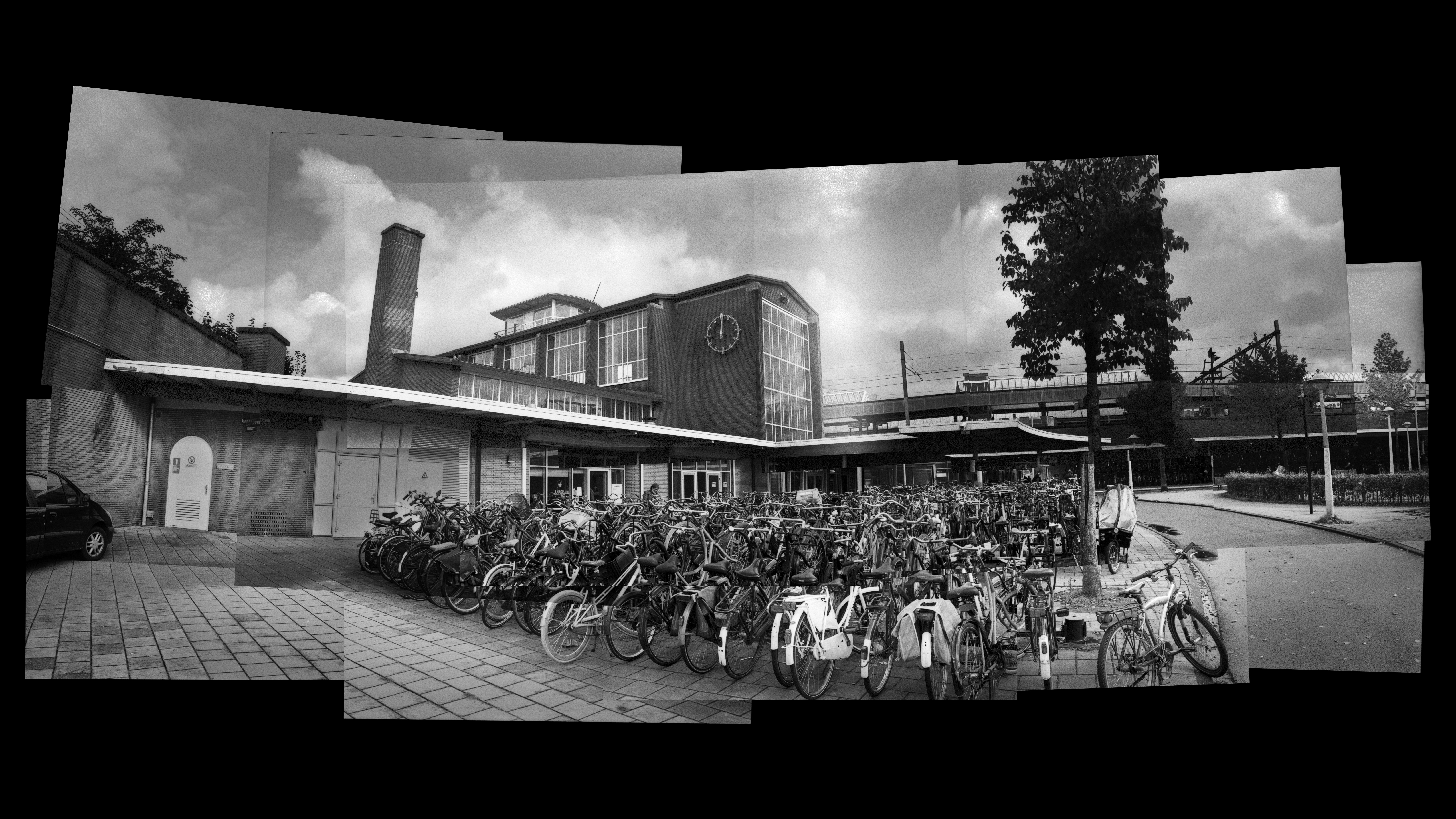 The new Amsterdam Muiderpoort station was opened on 15 October 1939.

It replaced the old Muiderpoort station, the tracks were raised and connected with viaducts.

As a result, the dangerous railway crossings that connected the Dapperbuurt with the Indischebuurt were cancelled.

At the same time, the Amstel station was built as part of the East Railway Works.

The station is a fork station, trains from Central Station split here towards Utrecht or Almere and Amersfoort.

During the war, the station served as a departure point for the deportation of Amsterdam Jews to camp Westerbork.

The station building contains a stained glass window made by Heinrich Campendonk (1889-1957). It represents a bird migration (travel).