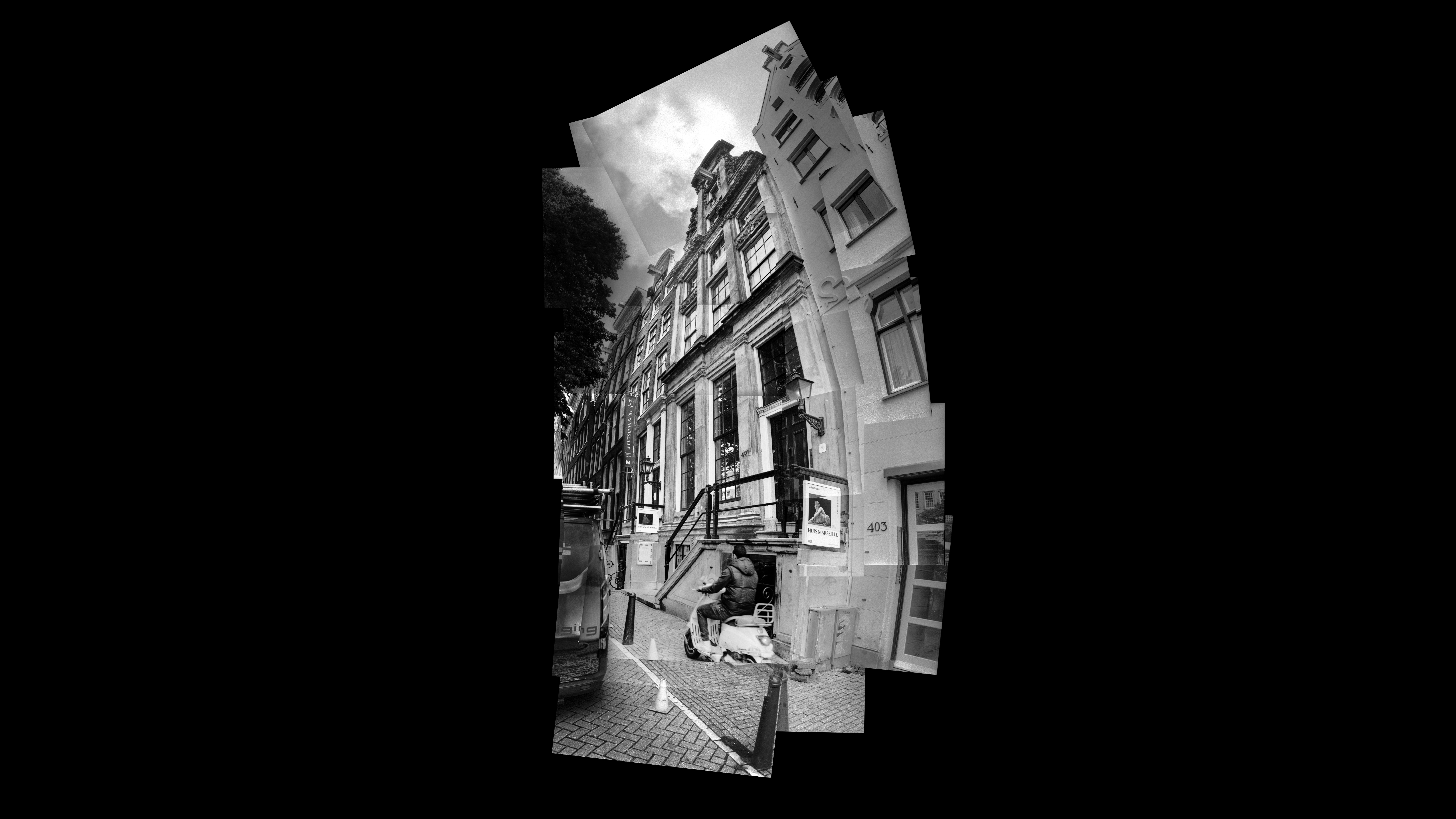 The merchant Isaac Fouquier (1614-1680) traded in the Mediterranean.
He made his fortune with the ‘Straatvaart’ (shipping through the Strait of Gibraltar).
In 1665 Fouquier built his house on the Keizersgracht, it was given
a gable stone with a map of the city of Marseille.
At that time a character the owner maintained trade relations with this French city of Marseille.
Fouquir lived in the house for ten years until he was declared bankrupt
on January 11, 1676 and had to sell Huis Marseille and its contents.
Isaacq Foucquier died in 1680 and is interred in the family grave in the Walloon Church.
In 1730 a ceiling painting was made in the garden room by decorator Jacob de Wit (1695-1754).
Apollo flanked by Minerva and the nine muses.
The Museum of Photography has been housed in Huis Marseille since 1999.
It is the first museum in the Netherlands that focuses specifically on photography as an art form.