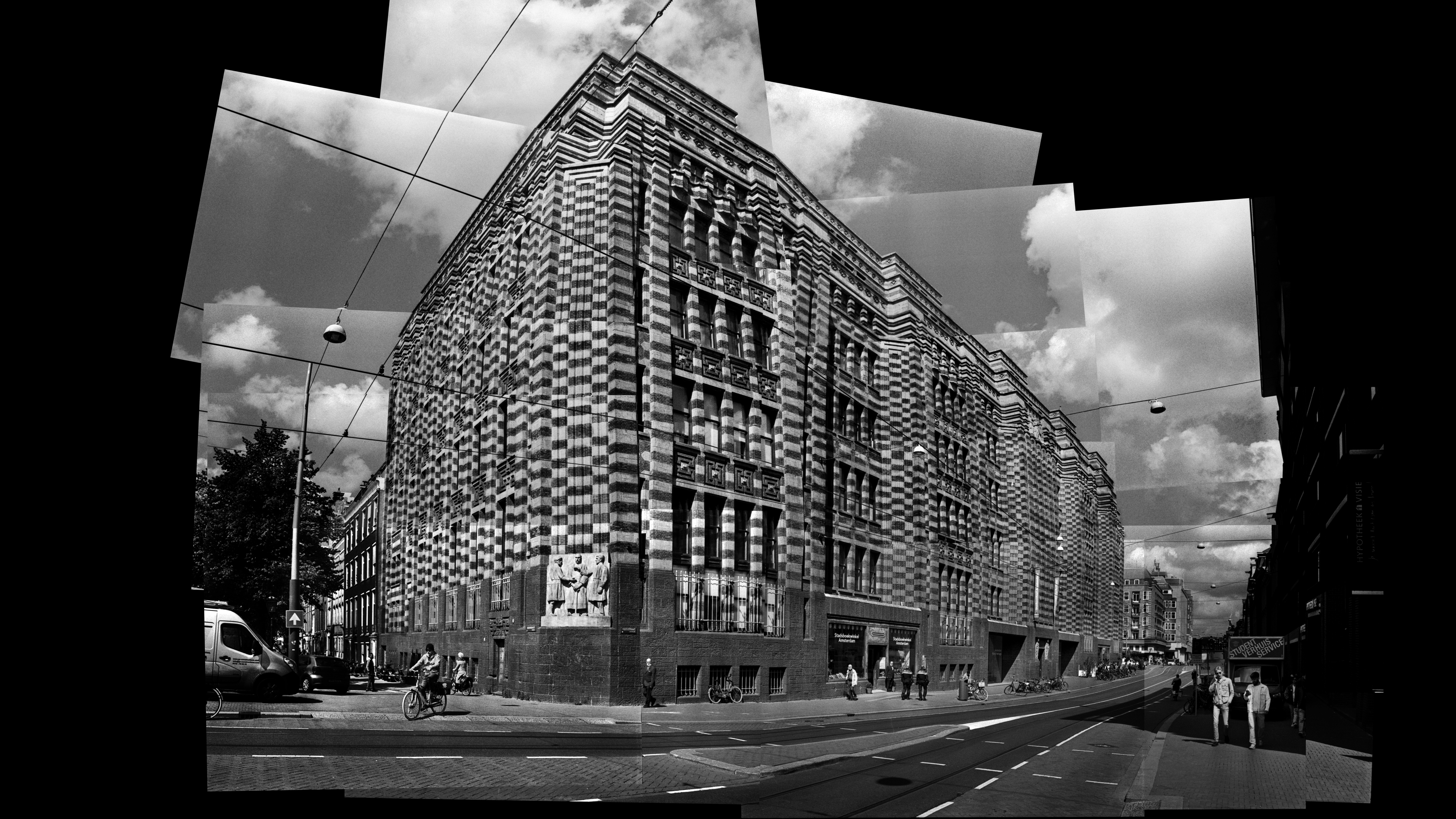 De Bazel designed by architect Karel de Bazel (1869-1923) built in 1926
for the Nederlandse Handels-Maatschapij (NHM).
Flanking the main entrance, two statues depicting Asia (left)
and Europe, created by Joseph Mendes da Costa (1863-1939).
The two continents where the NHM was most active.
De Maatschappij was the successor to the VOC that had gone bankrupt
at the end of the 18th century. Its purpose was to develop trade relations
between the Netherlands and overseas territories.
In 1859, Eduard Douwes Dekker (1820-1887), pseudonym Multatuli,
wrote the book Max Havelaar. An indictment against the N.H.M, which exploited
the population of the Dutch East Indies. From 1880, the N.H.M started to focus
more on banking activities, which led to a merger with the Twentsche Bank in 1964,
and the Algemene Bank Nederland (ABN) was created.
The Amsterdam City Archives has been located in this building since 2007.