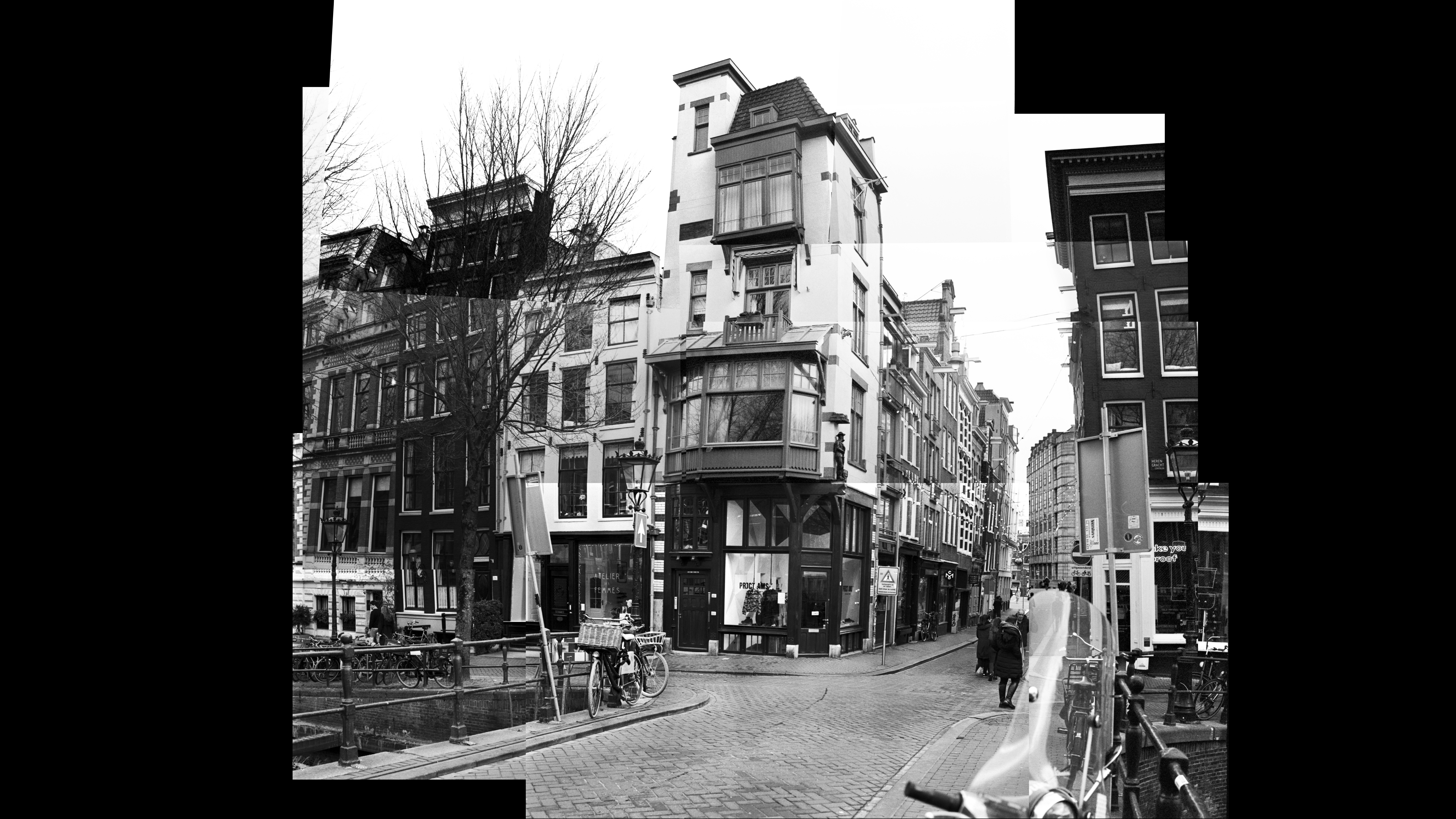 was established in the shop. The building is notable for the use of bright green and ocher yellow and

the asymmetrical architectural style (see also Panurbana #87 and #105). Above the entrance is a wooden statue

of a South African farmer, made by Johannus Zeitsz. It refers to the peasant war in South Africa (1899-1902) and is a tribute.

The Amsterdam population was very sympathetic to the Boer republics in South Africa and its struggle against the imperialist British.